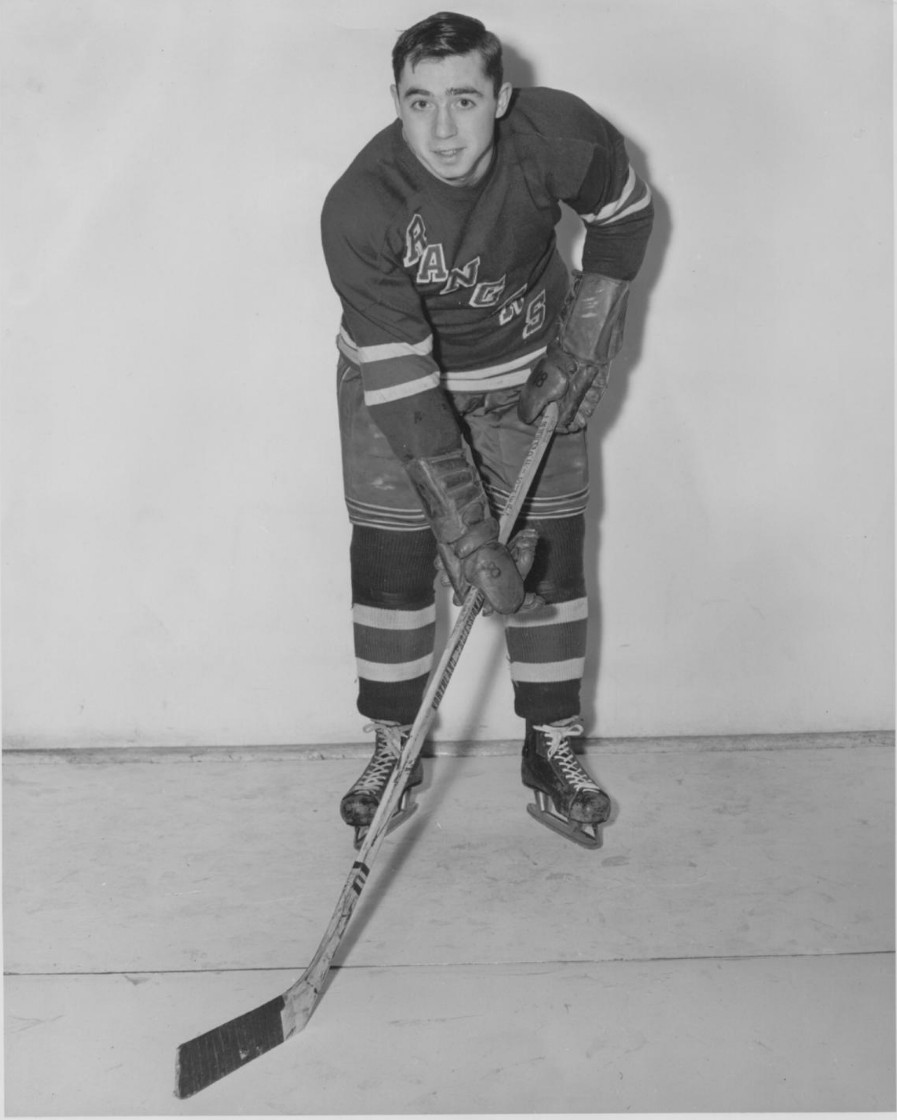 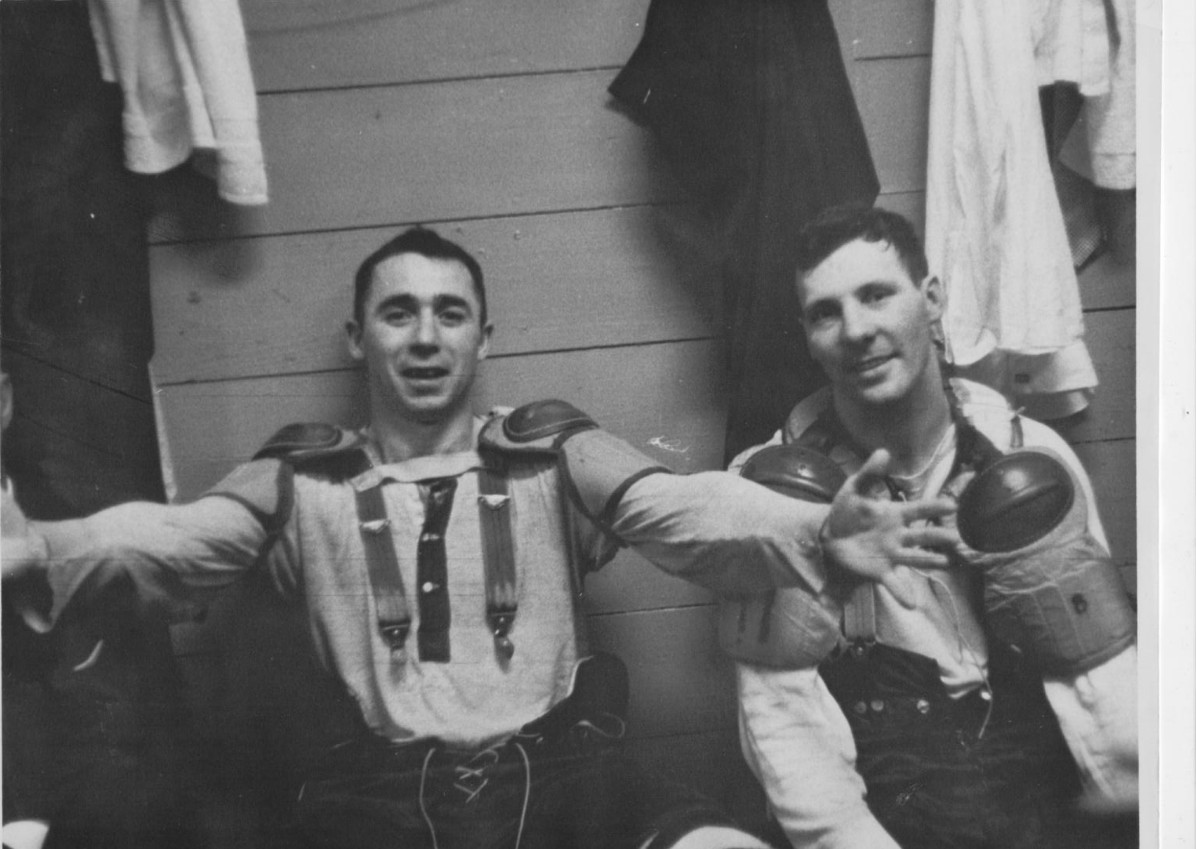 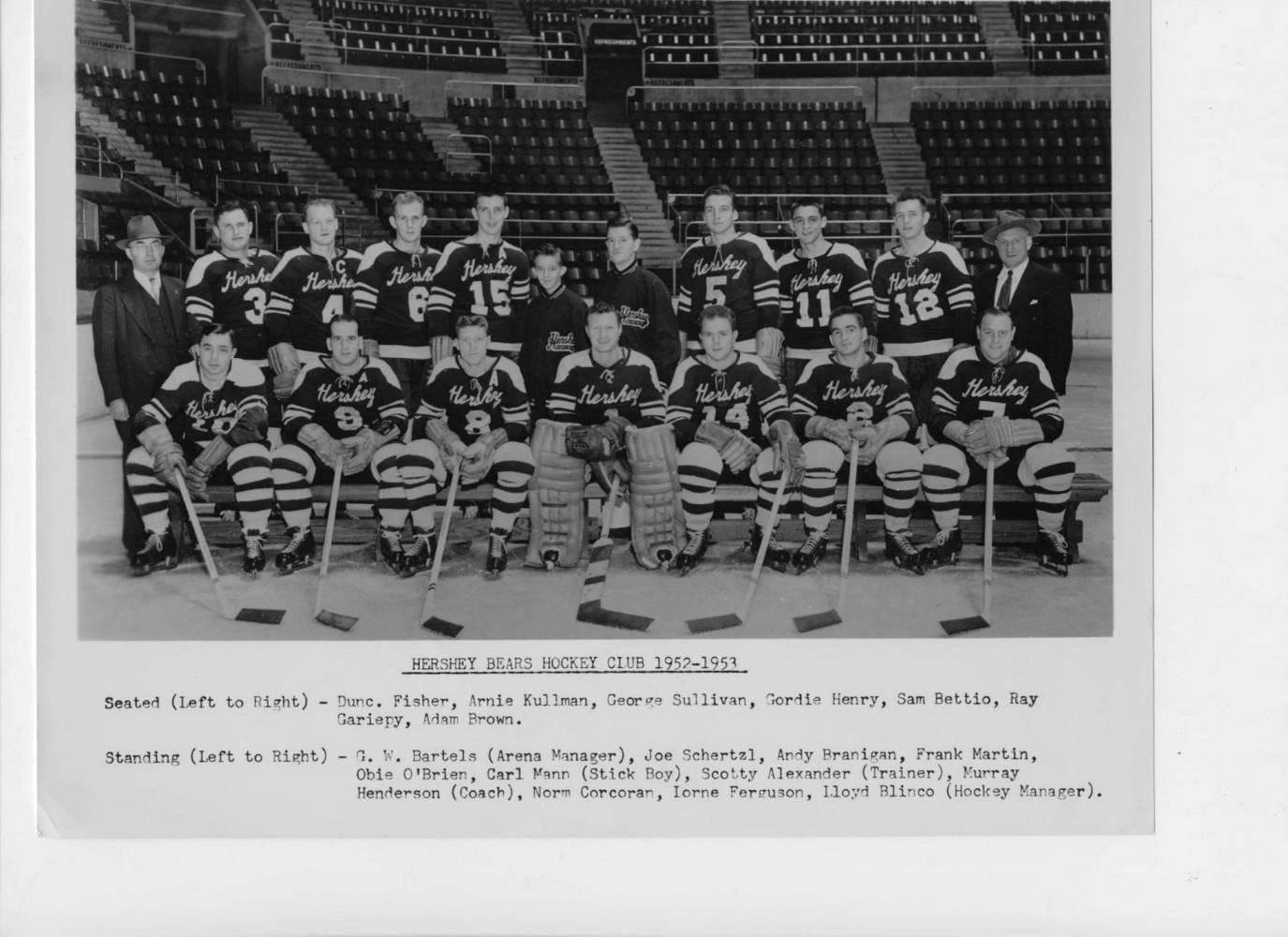 As a young man growing up in Regina, Saskatchewan, Dunc Fisher was a natural athlete.  He was a competitive swimmer, quarterback of the Balfour Technical School football team, a runner on the track team, and shortstop on the baseball team.  But it was hockey that would take him the farthest in his athletic career.

Fisher first established himself as a player to watch with the Regina Pats in 1945.  In his one season with the Pats, he tallied 44 points (28 Goals, 16 Assists) in just 26 games.  He turned pro the following year, playing with the American Hockey League’s (AHL) New Haven Ramblers, a farm team for the New York Rangers.  He finished the season as the third-highest scorer on the team, and was voted most popular player that year by the New Haven fans.

By the 1948/49 season Fisher had made the leap to the National Hockey League (NHL).  As a member of the Rangers, his solid play led to a sixth-place finish in the voting for the Calder Trophy.  The following year, Fisher had his best year in the NHL.  Playing on the Rangers top line, he put up 33 points.  The Rangers made it all the way to the Stanley Cup finals, losing to Detroit after a hard-fought seven games.

During the 1952/53 season, Fisher was playing in the AHL again, this time with Boston’s farm team the Hersey Bears.  For eight seasons, Fisher was a leader on the Bears.  In his second year with the team, he set an AHL record by scoring 13 game-winning goals—a record that stood until 2004.  With the Bears, Dunc scored 40 or more goals in four separate seasons.  He was named an AHL all-star six times, leading the Bears to two championships in 1958 and 1959.  Fisher remains the Bears’ career leader in goals scored (260).

Throughout his hockey career, Fisher would return home to Regina for the spring and summer, working for the City of Regina.  His lifelong love of swimming led him to the city’s aquatics program.  In 1955, he began managing the Wascana Pool.  In 1975, he was asked by the city to manage the newly-constructed Lawson Aquatic Centre—a facility he had helped plan as a volunteer for the Western Canada Summer Games.  Shortly after, he became the manager of the entire aquatics program.

Installed in the Saskatchewan Sports Hall of Fame on June 18th, 2011.