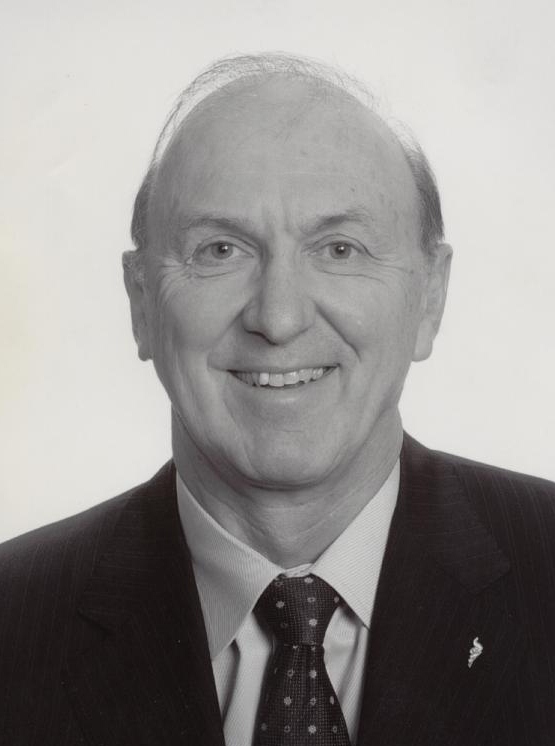 During his years in hockey, Dennis Pottage didn’t care who won the games. Instead, he was concerned with how the games were played. As one of Saskatchewan’s top officials, he helped develop hockey officiating on the local, provincial, national and international levels.

Pottage started his career with the Regina Hockey Officials Association (RHOA) and would officiate minor and senior hockey games in the area for more than 20 years. With a dedication to the game, he soon worked his way up to more high-profile assignments. Among the highlights of his career were working as a linesman at the 1980 Memorial Cup and serving as a referee at the Allan Cup, Hardy Cup, Centennial Cup and the Canadian Interuniversity Athletic Union (CIAU) National Hockey Championships. In 1986, Pottage also refereed at the International Ice Hockey Federation (IIHF) World Junior Hockey Championships.

While continuing his work on the ice, Pottage got involved in officiating away from the rink as well. He began assigning senior hockey games for the RHOA and later became treasurer and president.

Involvement with hockey in the province eventually led to Pottage becoming involved on the national and international scenes. He became a member of the Canadian Hockey Association’s (CHA) Referee Committee before being elected Referee in Chief. Pottage served in that capacity for 10 years. In addition, he was involved as a supervisor with the Western Hockey League.

For his outstanding contributions to the development of amateur hockey in Canada, Pottage has received the Gordon Juckes Award from the CHA in 2003. As well, the SHA’s Referee Division awarded him an honorary life membership in recognition of his work and leadership. In 1992, he also received the Canada 125th Commemorative Medal, primarily for his work in hockey officiating.