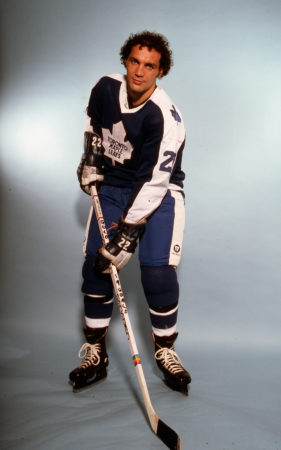 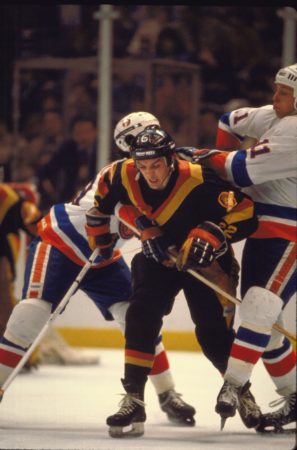 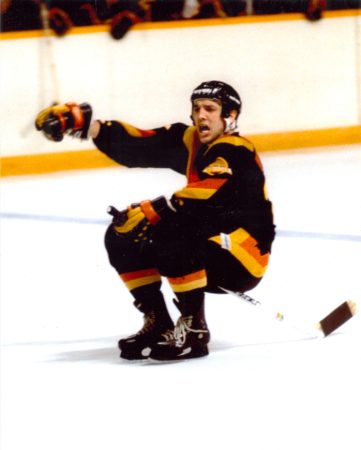 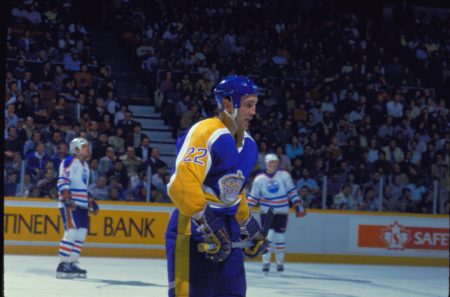 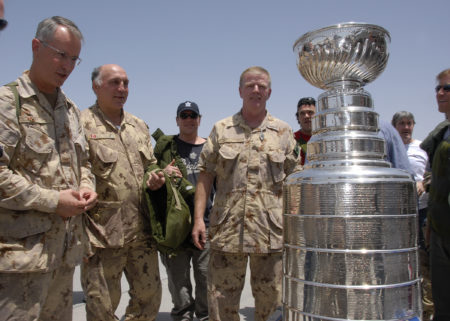 David Williams was a scorer in junior hockey and a hard-nosed player in the National Hockey League (NHL). Through it all he was Tiger – a nickname given by his coach during his first year of hockey in Weyburn.

Best known for his time with the Toronto Maple Leafs and the Vancouver Canucks, Tiger Williams played 14 NHL seasons with five different teams. As a popular player, he racked up fan support as quickly as penalty minutes.

Williams got his start in the sport playing shinny on the Souris River before he was old enough to go to school. From there he progressed through Weyburn’s minor hockey system, earning numerous awards and winning several local championships. He capped off his Weyburn playing days by winning the Saskatchewan Junior Hockey League championship with the Weyburn Red Wings in 1971.

Moving on to major junior in the Western Canada Hockey League (WCHL), he continued his hockey journey with the Swift Current Broncos. Williams scored more than 100 goals and over 240 points in three seasons with Swift Current and was selected as a WCHL All-Star in 1974. In a precursor of things to come, he also added more than 850 penalty minutes in his three seasons as a Bronco.

The Toronto Maples Leafs selected Williams in the second round of the 1974 NHL Entry Draft – 31st overall. That same year he was also drafted by the Cincinnati Stingers of the World Hockey Association, but he turned down their more lucrative offer to fulfill his dream of playing in the NHL.

Williams played six seasons in Toronto before joining the Canucks during the 1979-80 season. When he scored a goal for Vancouver in his first game against the Leafs, he celebrated by riding his stick. Although it’s widely assumed he did this throughout his career, it was the only time it took place.

In 1980-81, he enjoyed his most successful year as a professional, scoring 35 goals and adding 27 assists. Williams represented Vancouver at the NHL All-Star Game that season.

After four years as a Canuck, Williams moved on to the Detroit Red Wings and Los Angeles Kings. He retired from the NHL following the 1987-88 season with the Hartford Whalers.

Unlike other players who made a living with their fists, Williams could also put the puck in the net. Over 14 years and more than 1,000 games, he averaged nearly 20 goals per season and finished with almost 550 points in regular season and playoff action. Williams continues to hold the NHL record for the most career regular season penalty minutes with 3,966.

Following his playing career, Williams has been actively involved with Special Olympics in British Columbia and continued to lace up the skates for charity games with the NHL Legends of Hockey until 2016. He’s also been a strong supporter of Canada’s military, making more than 15 trips overseas in support of the country’s troops. For his efforts he received the Canadian Forces Medallion for Distinguished Service in 2014, the highest award a civilian can receive.

Other awards Williams has received include: