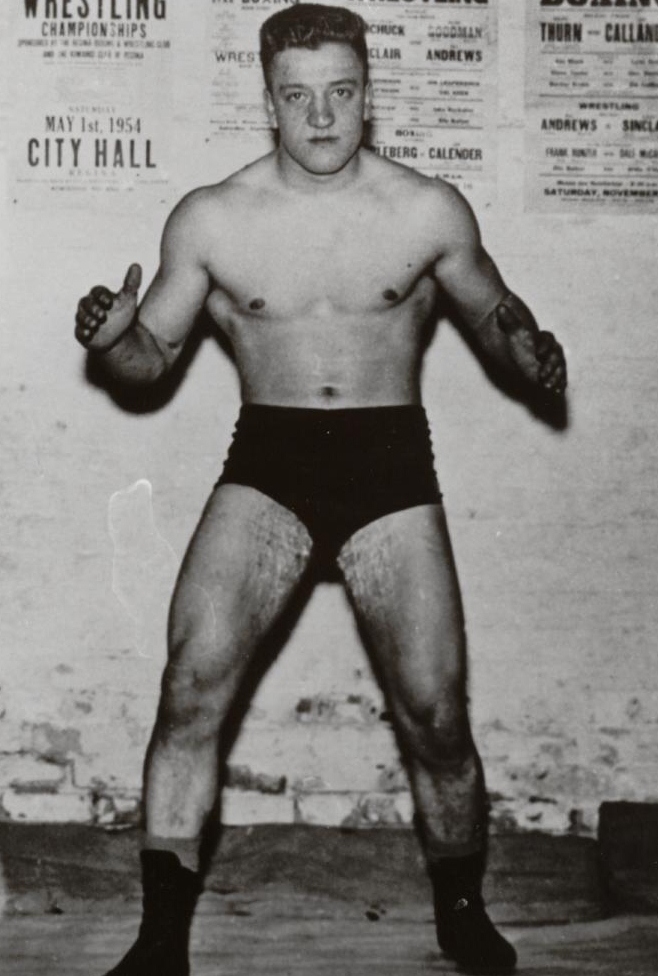 Born in the Avonlea District of Saskatchewan in 1932, Danny Donison had an outstanding career in the sport of wrestling, both as an athlete and as a builder.

Donison began wrestling in 1950 at the old YMCA in Regina, under the tutelage of Roy Ohashi. Between 1953 and 1968 he won six Saskatchewan Championships in the lightweight, welterweight and middleweight categories. On five occasions he placed second at the Provincial level.

In 1955 Donison captured the Canadian lightweight title, was second in 1956 and tied for third in 1957. In 1958 he won the Manitoba Championship as a lightweight, and was given the outstanding wrestler award.

Danny Donison put time and energy into his sport in other ways. Between 1954 and 1965 he coached at the Regina Wrestling Club, from 1955 to 1960 he was the Chairman of the Wrestling committee for the Saskatchewan Branch of the Amateur Athletic Union of Canada.

During his wrestling career Donison was also involved in promoting amateur and free-style wrestling in Regina and throughout Saskatchewan. His efforts extended beyond wrestling, serving two years as the Secretary of the Regina Caps Hockey Club. From 1955 to 1968 he held the position of Secretary-Treasurer of the Regina Boxing and Wrestling Club.