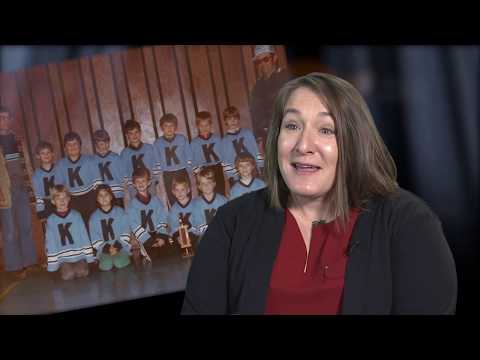 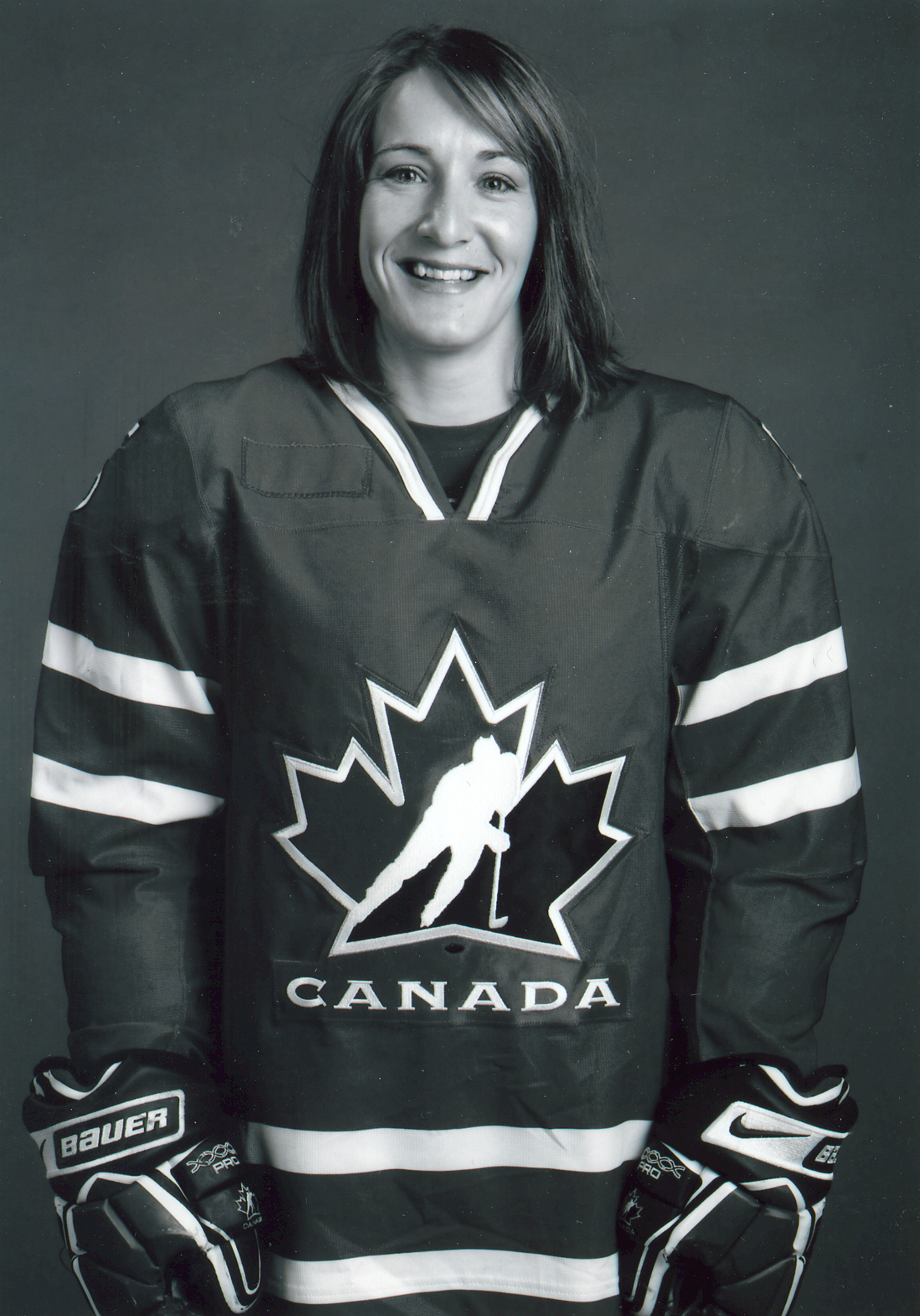 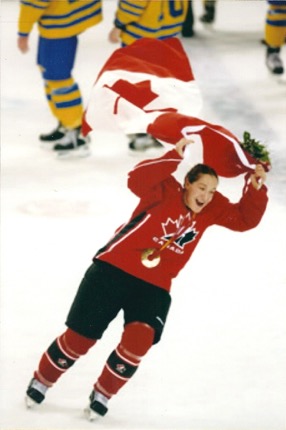 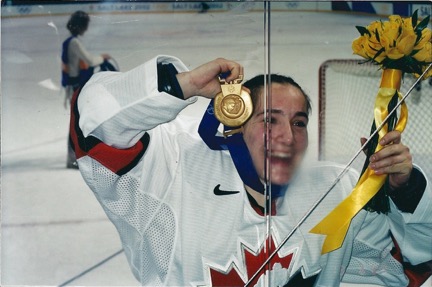 Colleen Sostorics made the long journey from Kennedy, Saskatchewan to the top of an Olympic podium three times.

Born in Regina and raised in Kennedy, Sostorics is a three-time Olympic gold medalist with the Canadian women’s hockey team. The road that runs past the rink in her hometown now bears the name of the Olympic champion.

Sostorics grew up playing hockey in rural Saskatchewan. Despite playing against mainly male competition, she excelled at the game and was co-captain of her bantam team. One year earlier she served as assistant captain of the silver-medal winning Saskatchewan women’s hockey team at the 1995 Canada Winter Games.

Her success continued when she moved on to face fellow female competitors in the Saskatchewan Female Midget AAA Hockey League. Her 1996-97 Saltcoats/Yorkton squad was the provincial champion, as well as Western Canadian silver medalists. Sostorics was also a member of the provincial team that captured bronze at the U18 national championships in 1997.

Turning down scholarship opportunities from American universities, Sostorics moved to Calgary to pursue her Olympic dreams. Balancing life as a student-athlete, she attended the University of Calgary and played for the U of C Dinos women’s hockey team, where she would be named to several all-star teams. At the same time, Sostorics began playing with the Calgary Oval X-Treme of the Western Women’s Hockey League.

However, the Olympics remain the highlight of Sostorics’ career. She made her Olympic debut at Salt Lake City in 2002 and remained a member of the team in Turin (2006) and Vancouver (2010). Sostorics played in 14 games over three Olympic appearances, finishing with nine points. On home ice in Vancouver, Sostorics scored a goal and added five assists.

The Saskatchewan Female Midget AAA Hockey League annually presents an award named in her honour – the Colleen Sostorics Top Defenceman Award. Along with her teammates from the 2006 Turin Olympics, Sostorics was inducted into the Canadian Olympic Hall of Fame in 2012. She was also the first woman to be inducted into the Saskatchewan Hockey Hall of Fame in 2016.