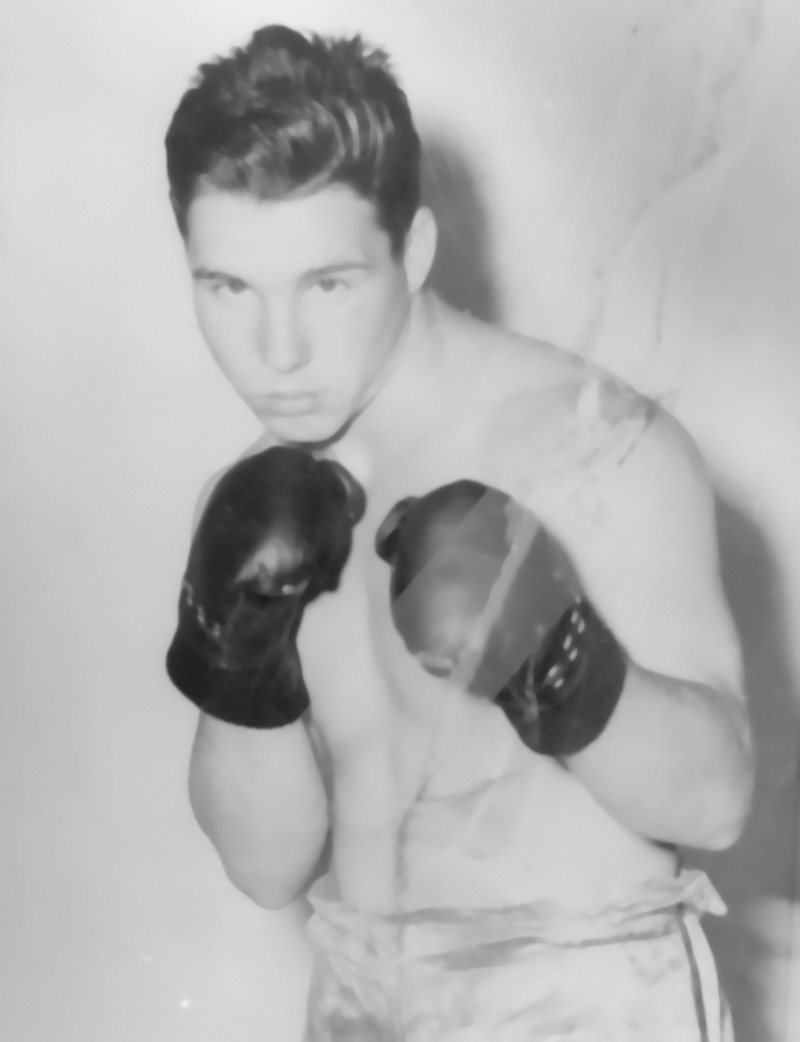 Claude Warwick’s boxing career started at the age of fourteen, but he was also active in hockey and football.

In provincial boxing, Claude was Saskatchewan champion in 1939 as flyweight, in 1940 as a bantamweight, and in 1941 as a featherweight.  He also won the Canadian Golden Gloves Championship in 1940 as a lightweight.

Claude was the Canadian Featherweight Champion in 1941 and ended his 51-bout career with a record of 50 wins and one draw.