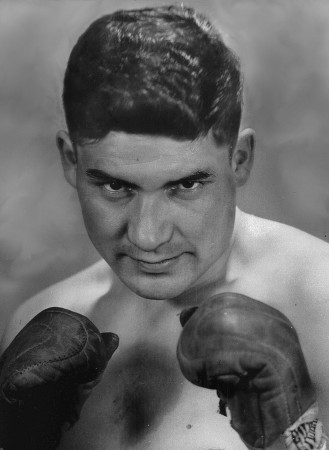 Claude Petit is not only a distinguished serviceman and athlete, but also a role model for the First Nations community.  Born in Duck Lake in 1935, Petit kept his focus on Saskatchewan boxing circles, quickly becoming well known within them.  Youth in Saskatoon, Regina, Prince Albert, IIe-a-La Crosse, Green Lake and Meadow Lake all benefited from Petit’s boxing clubs.

A veteran of the Canadian Armed Forces and a member of the Princess Patricia Canadian Light Infantry, Petit was a five-time Canadian Army heavyweight boxing champion (1958-1963). As well, in 1964 Petit became the only Canadian to win the British Army Heavyweight Boxing Championship. His military in-ring accomplishments earned him a place on the Canadian Forces Sports Hall of Fame Honour Roll.

As an amateur boxer Petit was a four-time winner of the Edmonton Golden Gloves, as well as the Vancouver and Billings, Montana Golden Gloves.

Petit shared his love of boxing with youth and was instrumental in the positive growth of boxing in Saskatchewan by his development of coaches, referees and judges. His dedication to the sport had a consistent theme, the safety of the athlete.

As a Level V coach, Petit coached Team Canada at international competitions in Denmark (1989) and France (1990).  In 1993 as a Level IV official, Petit worked at the first North American Indigenous Games held in Saskatchewan which were hosted in Prince Albert.

It was Petit’s drive, determination and leadership that resulted in Saskatoon hosting the 1991 and 1994 Canadian Amateur Boxing Championships. Because of this drive, Petit served nine years as president of the Saskatchewan Boxing Association.

In addition to his dedication to boxing, Petit was a key leader in the aboriginal community. He played an integral role in creating a monument to Aboriginal veterans in Ottawa as well as an Aboriginal Veterans Millennium Medal.  Petit also founded the Western Canadian Native Minor Hockey Championships.

For 23 years Petit was a key member of the organizing committee for Back-to-Batoche, Saskatchewan’s well known Métis celebration. For his outstanding contributions to the community, Petit received the Order of Canada in 1998 and the Saskatchewan Order of Merit in 2002.