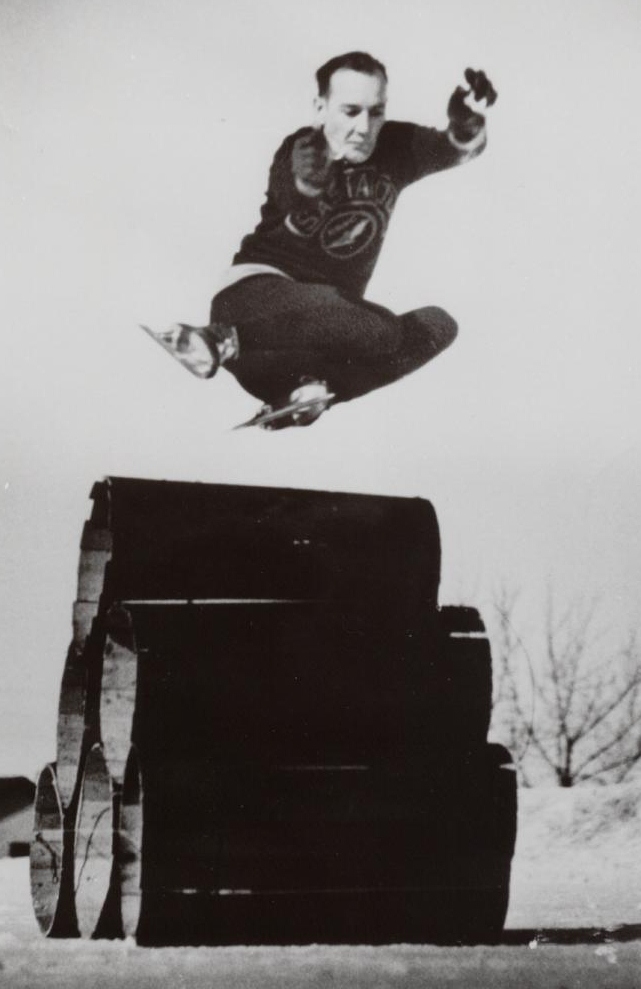 At the time when Clarence Downey was at a young age there were little organized speed skating competitions, instead there was barrel jumping on speed skates. A Western Canadian Champion Barrel Jumper he was known as, “Dare Devil Downey” from 1937 to 1940. Suiting his nickname, Downey performed at Winter Carnivals throughout the province, jumping over a large number of barrels and through a hoop of flaming fire at the same time.

After his competitive career, Downey got involved organizing and coaching speed skating to provide opportunities for the youth. He was instrumental in organizing the Saskatoon Speed Skating Club in 1942. The following year he was the president and organized the club’s first annual competition. For the next 14 years until the time of his death Downey would be known as “Mr. Speed Skating” in Saskatchewan.

Downey wrote training programs, articles on training hints and exercise charts for local use. Additionally, he also produced a coaching book, which was distributed nationally. His writing was a catalyst, causing speed skating to grow both in numbers of participants and in importance in the province.

His dedication as a coach and administrator was recognized by his selection by the Canadian Olympic Association as coach and manager of the 1956 Canadian Olympic Speed Skating team. Some athletes that Downey coached who achieved international status were Craig MacKay, Johnny Sands, Wally Boschuk, and Patricia Lawson.

Installed in the Saskatchewan Sports Hall of Fame on May 2, 1967.