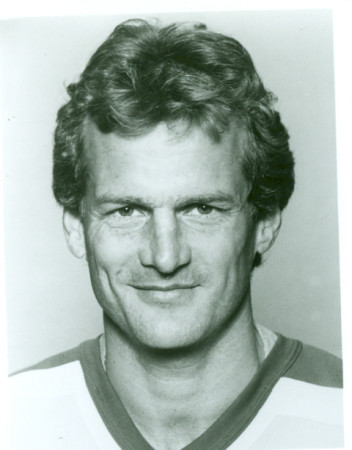 In his three seasons with the Saskatoon Blades, Bourne showcased his talent with 97 goals and 224 career points. Bourne’s junior hockey exploits with the Blades were forever enshrined when his #12 was lifted to the rafters in 2005.

Bourne’s effort and determination as a junior hockey star were rewarded as he was drafted by both the National Hockey League’s (NHL) Kansas City Scouts and the WHA’s Indianapolis Racers in 1974. Prior to the start of the 1974-75 NHL season, Bourne was traded to the New York Islanders.

His leadership was a key ingredient of the Islander teams that captured the Stanley Cup four consecutive times. Bourne led the Islanders in playoff scoring en route to their fourth Stanley Cup in 1983.  Always a top playoff performer in his career, Bourne scored 40 times and assisted on 56 others for 96 points in 139 playoff games. In 1984 Bourne represented Canada as a member of the Canada Cup Team. He saw action in 8 games recording 3 assists.

Bourne spent the final two seasons of his NHL career with the Los Angeles Kings. In his final year in the NHL, he was awarded the Bill Masterton Trophy for perseverance. Bourne was also honoured by Sports Illustrated as one of several 1987 Sportsmen of the Year for his work with a school for disabled children.