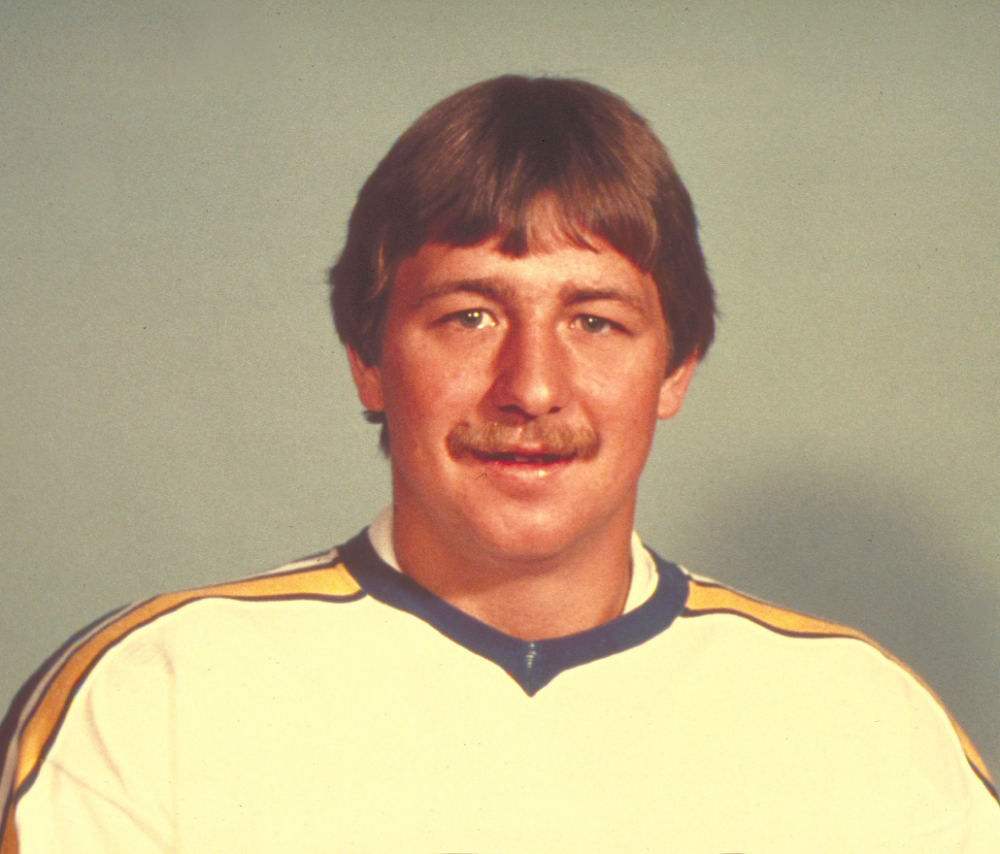 Bernie Federko first displayed his hockey skills in his hometown of Foam Lake.  Following some minor league play with the Foam Lake Flyers, he moved on to an outstanding junior career with the Saskatoon Blades of the Western Hockey League.  While with the Blades from 1973 to 1976, he managed 166 goals and 245 assists in 249 league and play-off games, including an amazing 72 goals and 115 assists in his final year with the Blades.  His sterling junior play resulted in Bernie being chosen seventh overall in the National Hockey League’s Amateur Draft by the St. Louis Blues.

The 1976/77 season saw Federko share his time between two Blues teams, St. Louis of the National Hockey League (NHL) and Kansas City of the Central Hockey League (CHL).  He was selected as the CHL’s Rookie of the Year and the next season moved on to the parent club where he led the St. Louis team for 12 years.

Bernie’s statistics in the NHL show a total of 404 goals and 827 assists for 1,231 points in 1,091 regular season and play-off games.  He has held four career records with the Blues.  His 13 seasons, 927 games, 721 assists, and 1,073 points led all Blues players at the time of his induction.  He also became the first player in the National Hockey League to score 50 or more assists for 10 consecutive seasons.  Federko finished his NHL career with the Detroit Red Wings in the 1989/90 season.

Bernie Federko has received many personal awards.  His St. Louis Blues sweater was retired in 1991 and to ensure his place in Canadian hockey history, he was named to the Hockey Hall of Fame in November 2002.