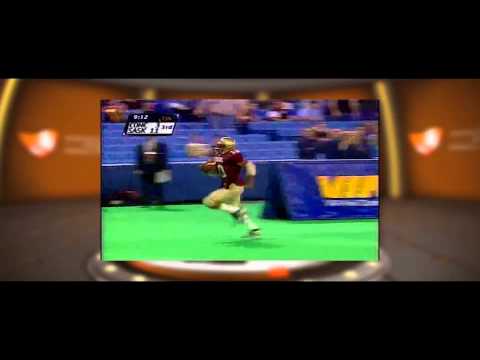 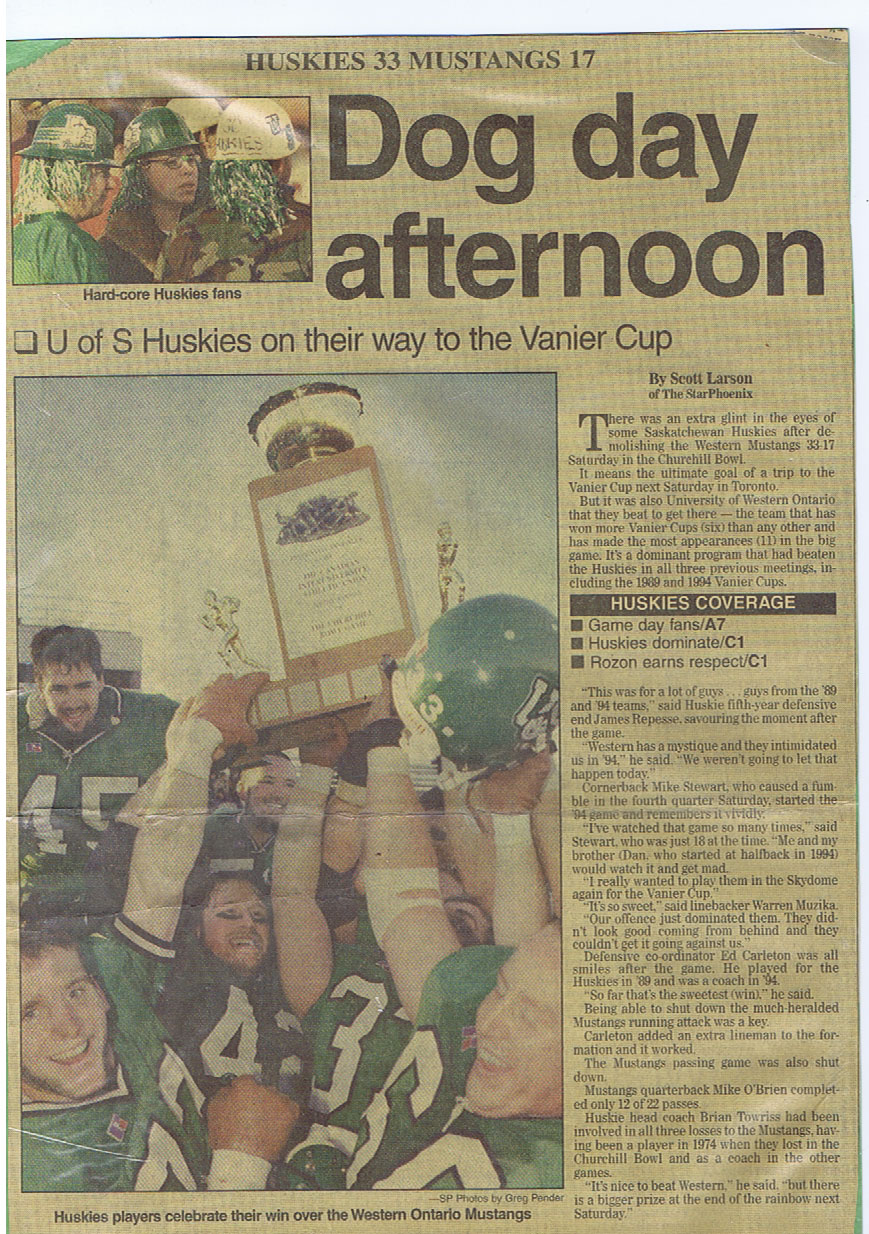 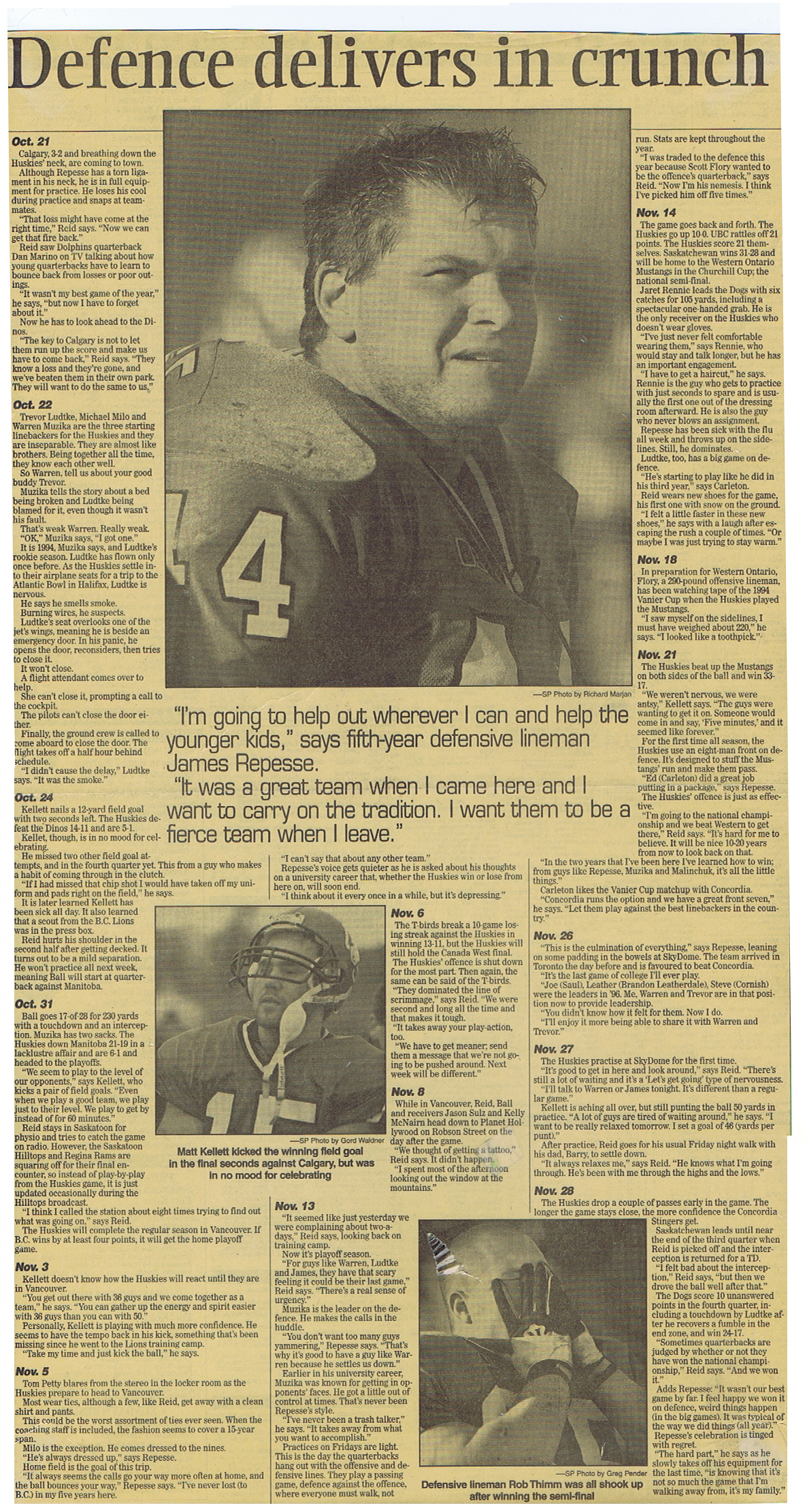 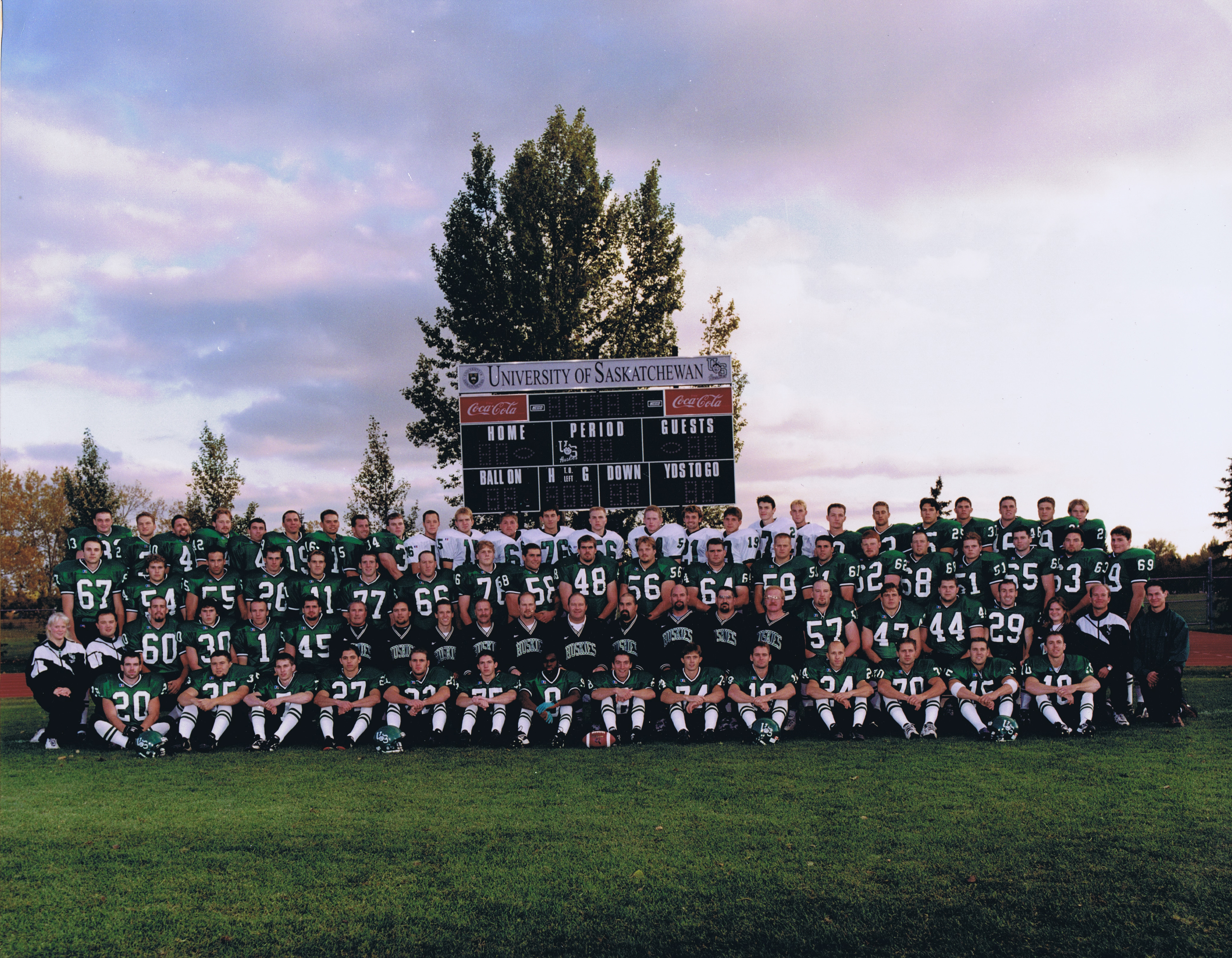 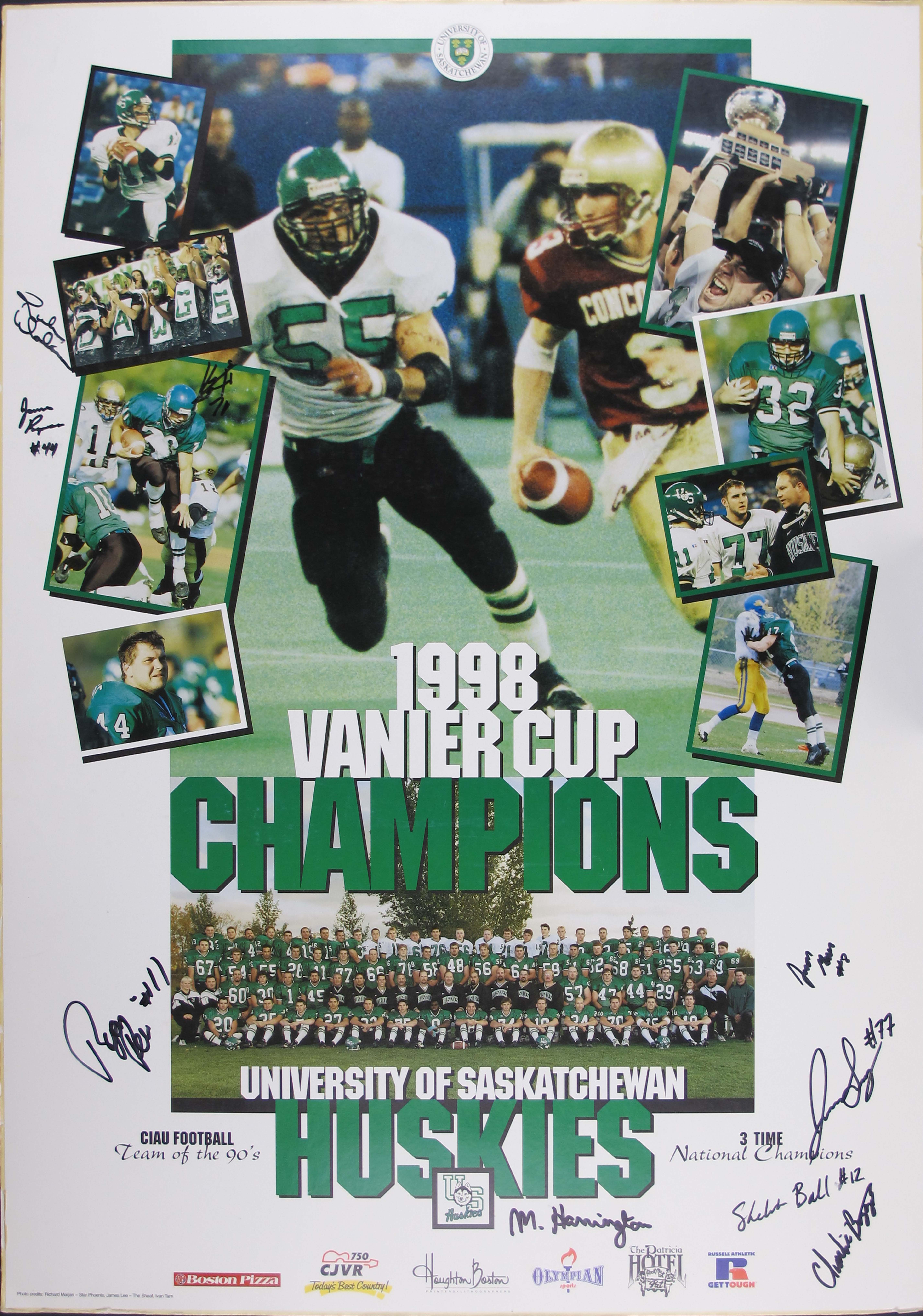 The University of Saskatchewan (U of S) Huskies Football Team was Canadian Intercollegiate Athletic Union (CIAU) National Champion in 1998.  It was the school’s third Vanier Cup victory in its history, and its second in three years.

The Huskies finished the regular season with a record of six wins and two losses, going undefeated at home.  This placed them first in the Canada West conference.  They would face the defending national champion UBC Thunderbirds in the Canada West final, one of only two teams to defeat the Huskies earlier in the year.  Although the Thunderbirds scored a late touchdown to pull within three points of the Huskies, the U of S squad hung on and claimed their fourteenth Hardy Cup.

Their next opponent was the number-one ranked University of Western Ontario Mustangs, the only undefeated team in all of Canadian University Football that year.  The Huskies went on to a surprisingly dominant win, 33-17.  Running back Doug Rozon gained 214 rushing yards and quarterback Ryan Reid added 252 passing yards, putting the Huskies into the Vanier Cup game for the fifth time in the past ten seasons.

The Huskies were favoured going into the championship game against the Concordia Stingers.  Early mistakes by the Huskies – two dropped passes that would surely have been touchdowns – and an unexpectedly stout Stingers defense kept the game close.  A 56-yard interception for a touchdown by Stingers’ defensive back Greg Casey put Concordia up by three at the end of the third quarter.

It would be the last points the Stingers would score in the game.  The Huskies put up 10 unanswered points in the fourth quarter, scoring the winning touchdown when U of S linebacker Trevor Ludtke recovered a fumble in Concordia’s end zone.  The final score:  Huskies 24, Stingers 17.  Ludtke was named game MVP.  Doug Rozon, who led all rushers with 23 carries and 140 yards, was named Player-of-the-Game.  Four Huskies that season were named Canada West All-Stars by unanimous selection:  Scott Flory, Matt Kellett, Warren Muzika, and James Repesse.  All four were also CIAU All-Canadians.  Muzika was also the Canada West Defensive Player of the Year, and went on to be crowned the CIAU Defensive Player of the Year.