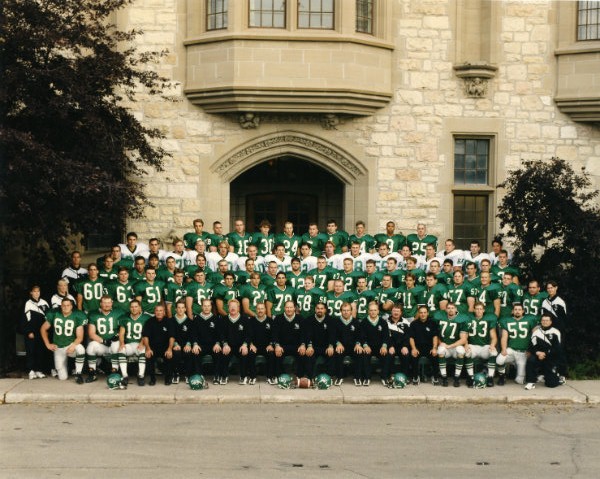 In post season, the Huskies attacked the rest of the country, defeating the University of British Columbia Thunderbirds 37-16 in the Hardy Cup Canada West final. Moving on to the Churchill Bowl, the Huskies secured the national semi final with a win over the University of Guelph Gryphons with a score of 33-9.

Finally, the team had proved their dominations at the Vanier Cup with a 31-12 victory over St. Francis Xavier in the national final. The Bruce Coulter Award (offensive or defensive player of the game) was awarded to Warren Muzika, and the Ted Morris Memorial Trophy (outstanding player in the Vanier Cup) went to Brent Schneider. This championship win cemented the 1996 Huskies as the most prolific scoring team in Huskie history.

Installed in the Saskatchewan Sports Hall of Fame on June 13, 2009.