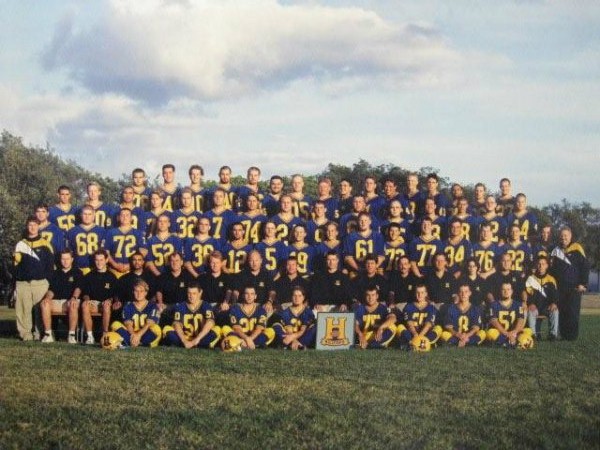 The regular season got off to a slow start.  In their first game, the Hilltops lost to the Edmonton Wildcats 34-24.  They followed that with an unimpressive 14-14 tie game against the Regina Rams.  But the team shook off these early setbacks and proceeded to go on a run for the ages.

The Hilltops won their next six conference games averaging 56 points on offence.  On defense, in each of the last four games, they held their opponents to less than a touchdown per game.  Their dominance culminated with an impressive 45-0 win against the Rams to finish the regular season in first place.

Their momentum continued into the Prairie Junior football playoffs.  They first beat the Wildcats 35-25 in the semi-final, and then edged the Rams in the final 27-23 to capture the Paul Schwann Trophy.  A victory against the Okanagan Sun in the Canada West final soon followed, giving the Hilltops a berth in the national game.

Playing in Windsor, ON against the hometown Windsor AKO Fratmen, the Hilltops would not be denied.  They beat Windsor decisively 39-7.  It was their tenth victory in a row, and it made them Canadian Junior Football Champions.

Though they won as a team, several players were singled out for individual honours.  Quarterback Sheldon Ball, defensive back Kurtis Albers and receiver Kelly McNairn were all named to the All-Canadian Junior All-Star Team.  Curtis Bulych also won the John M. Bannerman Memorial Trophy as the Canadian Bowl’s outstanding offensive player.  Tye Mountney won the Paul Kirk Memorial Trophy as the game’s most outstanding defensive player.