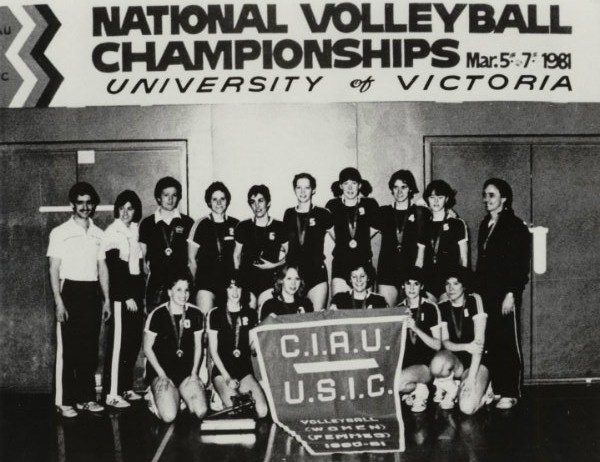 In regular season play, the Huskiettes won the league with a nineteen win and one loss record and for the third straight year defeated UBC in the playoffs to win the Canada West Universities Athletic Association (CWUAA) championships.

The CIAU’s were a showdown. Even though the two-time defending national champion Huskiettes had dominated Canada West conference volleyball throughout the season, the implacable University of Ottawa Gee Gees, with many national team recruits, were still the heavy favourite to win. The Huskiettes swept past all others into the final where they defeated the University of Manitoba three games to one, capturing the Canadian championship for a history making third straight year with a perfect 6-0 CIAU record and overall twenty six win and one loss record.