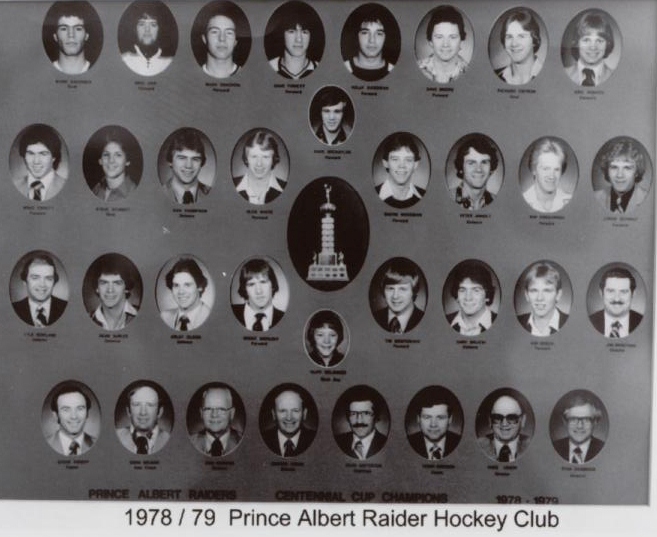 After capturing the Centennial Cup for the first time in 1977, the Prince Albert Raiders were driven to win the championship once again.

They first had to beat the Moose Jaw Canucks in the Saskatchewan Junior Hockey Championship, which they did, winning the best of seven series four games to two in a tight series.

This moved them a step closer to the Abbot Cup where they once again found victory clinching the cup with another best of seven series win over the Merritt Centennial four games to one.

However, this time the Centennial Cup was not a traditional best-of-seven series between the East and West as it had been in 1977, but a round robin format. Prince Albert came up against teams from Ontario and Prince Edward Island. In the final game, the Raiders scored an overtime victory against the Sherwood Parkdale, P.E.I. Metros, 5-3 in a thrilling game. The Prince Albert team had three players selected to the All- Star team: winger Eric Ponath, defenceman Dean Burles, and goalie Mark Davidner. Dave Moore was chosen as the tournament’s Most Gentlemanly Player.