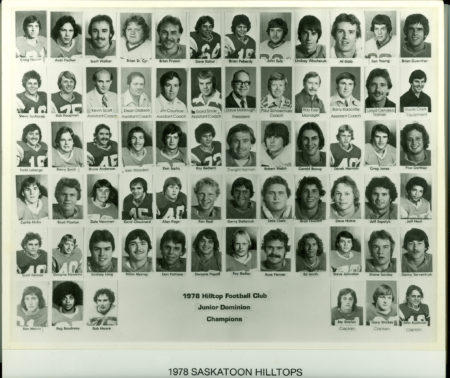 The Hilltops rolled over all opponents, easily winning the PJFC title, defeating the Vancouver Meralomas 28-2  in the western semi-final, then 64-0 over the Fort Garry Lions, and finally, on a cold November 19 at Gordie Howe Bowl in Saskatoon they defeated the Ottawa Sooners 24-4 for the national titles and the Armadale Cup that was theirs again.

Installed into the Saskatchewan Sports Hall of Fame June 13, 1987.