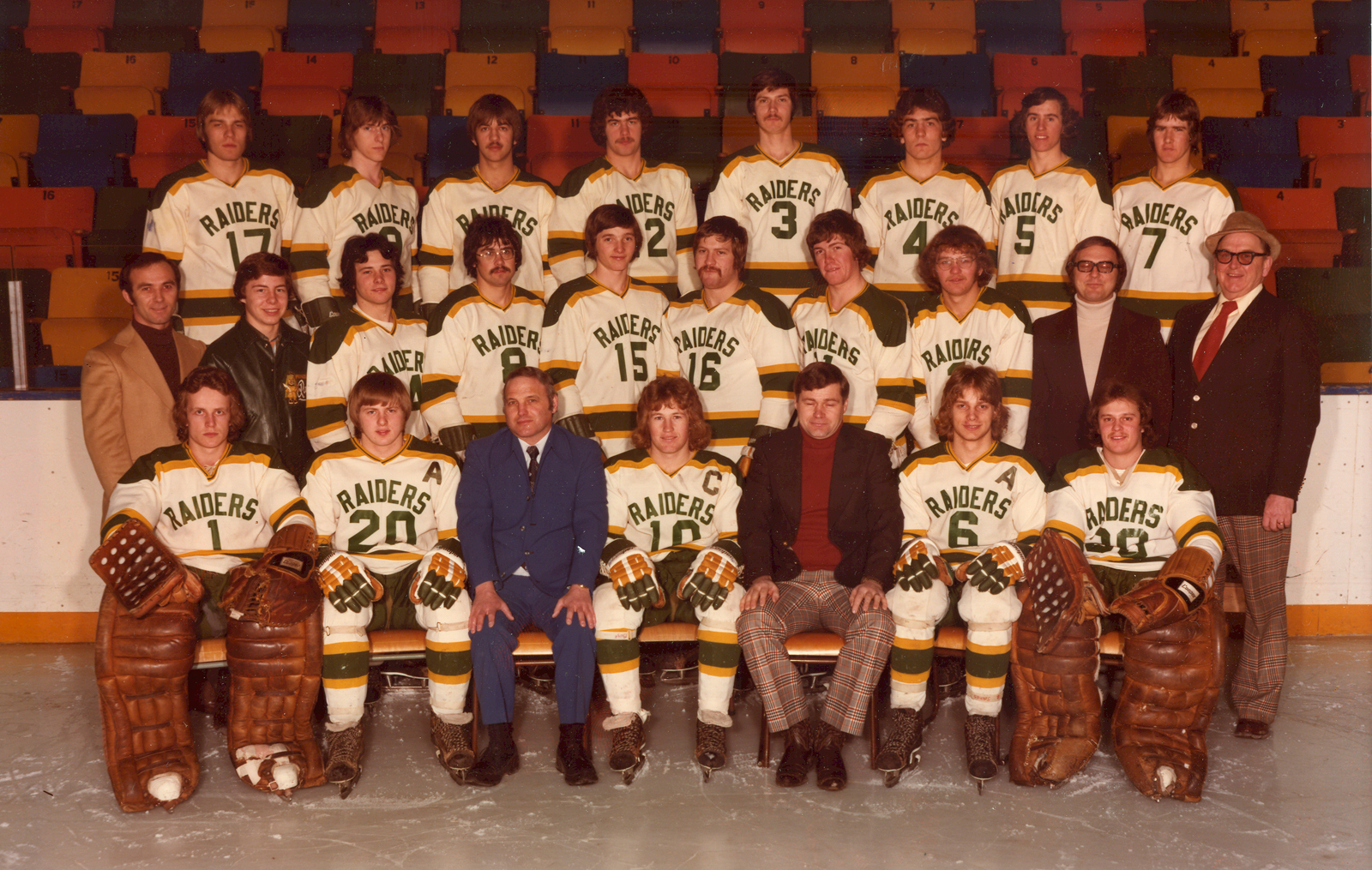 In May 1977 the Prince Albert Raiders won the Centennial cup for the first time.

To reach the National Championship they had captured the Saskatchewan title by winning a best of seven series, four games to two over the Melville Millionaries.

They then went on to win the Abbott Cup, emblematic of the top Junior “A” Hockey team in Western Canada by beating the Calgary Canucks in that best of seven series, four games to one.

The well-disciplined Raider team led by head coach Terry Simpson took the Centennial Cup after a four-game sweep against the Pembroke Lumber Kings of Ontario. Prince Albert’s defenceman Theran Welsh, centre Al Moore and left-winger Lorne Schmidt were all chosen for the All-Star team, which were selected by journalists and broadcasters covering the event.