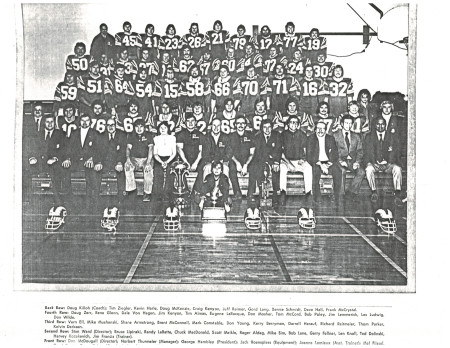 For the first time since 1970 the Regina Rams failed to finish first in the Manitoba Saskatchewan Junior Football League. They finished the regular season with a 6 – 3 record, leaving them to face off against the Saskatoon Hilltops in the league final. In the two game total points final the Rams clinched the league title, upsetting the Hilltops 86-33.

In the Western final the Rams defeated the Edmonton Huskies, 35-25 to advance on to the Canadian Junior Football championship. Riding their momentum, the Regina team headed to Ontario to play the Hamilton Hurricanes for the coveted Armadale Cup.

Installed in the Saskatchewan Sports Hall of Fame in 1982.