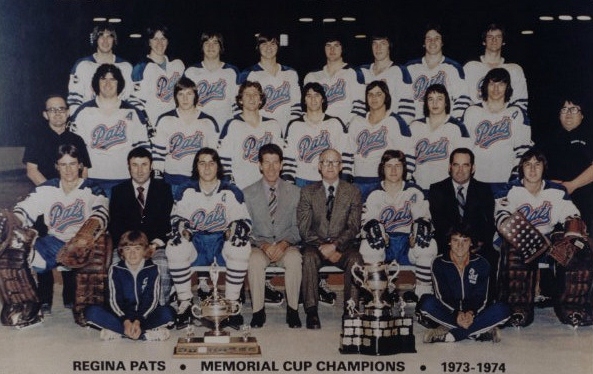 At the beginning of the season the Regina Pats were seen as contenders for the Western Canada Hockey League championship but it was not until halfway through the year they became frontrunners. The turning point came during the mid season trip to Sweden. After undergoing a lot of adversity overseas, the Pats came back a much stronger, close-knit team.

Finishing first in the league, the Pats had a long road ahead of them en route to the Memorial Cup. First they met the Saskatoon Blades in the East Division semifinal, defeating them in the best of seven series 4-2. Moving forward to the East Division finals the Pats faced the Swift Current Broncos in a best of seven series. In the second game of the series the Pats were down 5-1 going into the third period and made a remarkable comeback to win 7-5. The Pats eliminated the Swift Current Broncos four games to two, going on to play for the President’s Cup in the Western Canadian Hockey League final against the Calgary Centennials. The Pats easily defeated the Centennials four games to zero, advancing to play for the Memorial Cup and Canadian Hockey League supremacy.

In the Memorial Cup round robin the Pats beat the Ontario Hockey Association’s St. Catharine Black Hawks and lost to the Quebec Remparts of the Quebec Junior Hockey League. The Pats went on to play the Remparts in Memorial Cup final. After the first period the Pats were trailing 3-1, but in another come from behind victory, defeated the Remparts 7-4 for the Canadian Junior title.

With coach, Bob Turner emphasizing the importance of using each other on the ice, ten players on the Pats finished the season with more than 40 assists. With an outstanding save percentage of 0.900 Pats’ goalie, Ed Staniowski was named the Western Canadian Hockey League’s Most Valuable Player. Clark Gillies, Robbie Laird, Greg Joly, Ed Staniowski and Dennis Sobchuk all went on to play in the National Hockey League. Individually, Clark Gillies and Ed Staniowski were inducted into the Saskatchewan Sports Hall of Fame in 2000 and 2005 respectively. The 1974 Regina Pats were inducted into the Saskatchewan Hockey Hall of Fame in 2012.

Installed in the Saskatchewan Sports Hall of Fame in 1980.