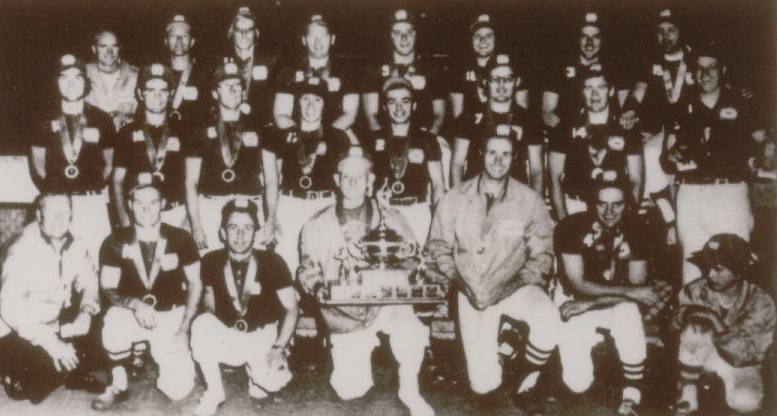 The Weyburn Canadians were part of the Inter-city Softball League consisting of five teams from Regina, Moose Jaw and Weyburn.  The competition was well-balanced in the league and well supported by the fans.  It was not uncommon to see up to one thousand fans at a game.  After winning the Provincial Championship, the agenda for the Canadians was to win gold for Weyburn at the Canadian level.

The Canadian Championships in 1972 were held in Edmonton, Alberta and each province plus the Yukon and Northwest Territories fielded a team.  The Molson Canadians battled through to the final with eight cliffhangers.  Having a record of 4-1 in the round robin lead to a three-way tie with Quebec and New Brunswick and a sudden death playoff round was implemented to see who would advance. The Canadians beat Quebec 11-1 and New Brunswick 1-0 to keep their dreams alive.  This put them up against Nova Scotia for a win to get to the final game.  They again won a nail biter 1-0 to advance to the final.  The reigning Canadian and World Champions, Richmond Hill Dynes, were also there.  This is whom the Canadians would meet in the final after having played three games already on the same day.  This was to be the year for the “little team that could” and with 4000 fans cheering, they beat the defending champs 2-0 to win the Canadian softball championships.

The Canadians are not the first Saskatchewan team to win a Canadian softball championship, but it is a tribute to the team’s ability and dedication that they defeated teams from more populated areas to win the Provincial and Canadian Championships.