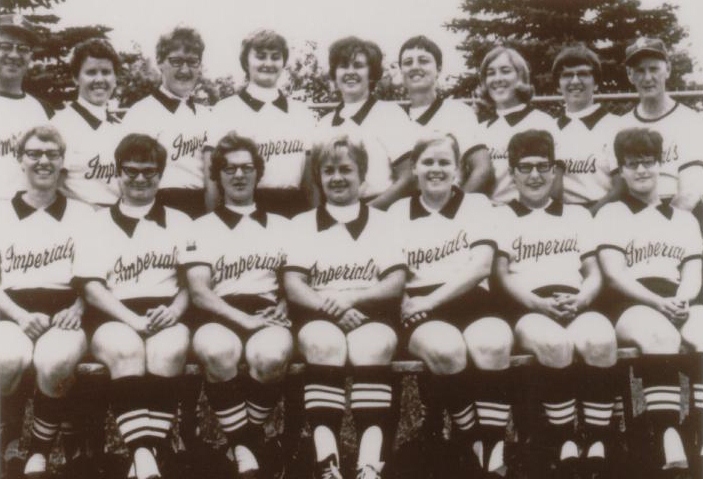 Coming off a great season in 1969, the Imperials were focused on winning another national title with new coach Gil Strumm.

At the national championships, the Imperials faced an undefeated Calgary Timac in the fourth game.  Leading off at bat was the speedy centre fielder Val Jensen who laid down a perfect bunt, touched first and stole second.  This started a pattern, bunt steal, bunt steal.  Before the Timac’s could catch their breath, four runs had scored and not one ball was hit out of the infield.  There was no coming back and the Imperials won 7-2.

This led the team into the final the next day against Toronto Willowdale Mac’s Milk team, at Gordie Howe Park in Saskatoon, with over 2700 roaring fans.  Jensen again kicked things off, reaching second on an error, stealing third and scored on Joy Barrie’s bunt single.  More bunts and errors by the Toronto defense in the second inning pushed the score to 4-0.  Duprey was outstanding again, striking out 11 while giving up only 2 hits.  This led the Imperials to their second straight Canadian Senior ‘A’ Women’s Softball Championships.