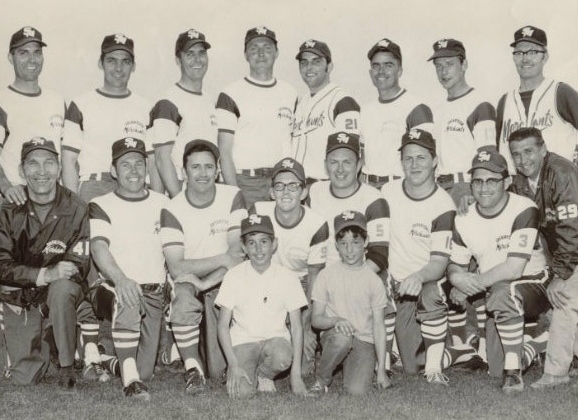 The lead paragraph appearing in the Saskatoon Star-Phoenix on June 9th, 1969 stated, “It could be the year of the Merchants” – and it was!

From humble beginnings of indoor workouts in an old building on the Exhibition grounds in April to winning the Canadian Senior Men’s Softball title on August 31st, it was a season the Merchants would long remember.

The Merchants cinched first place in the 5-team Saskatoon League, finished second at an International competition in the U.S.A. and advanced to the zone championships in Winnipeg to vie for a berth in the Canadian Championships.  Also, in June of that year, the Merchants won the right to represent Saskatchewan at the Canada Games in Halifax, N.S., breezing through a nine-team tournament.

The Canadian Championship was played in Saskatoon, hosted by the Merchants in honour of their provincial win.  After four wins and one loss they were forced into a sudden death play-off game against Hull, Q.C.   The game was played Sunday, August 31st before 2,000 fans.  The Merchants won 7-0, becoming the first Saskatchewan Senior Men’s Team to win a Canadian softball title.