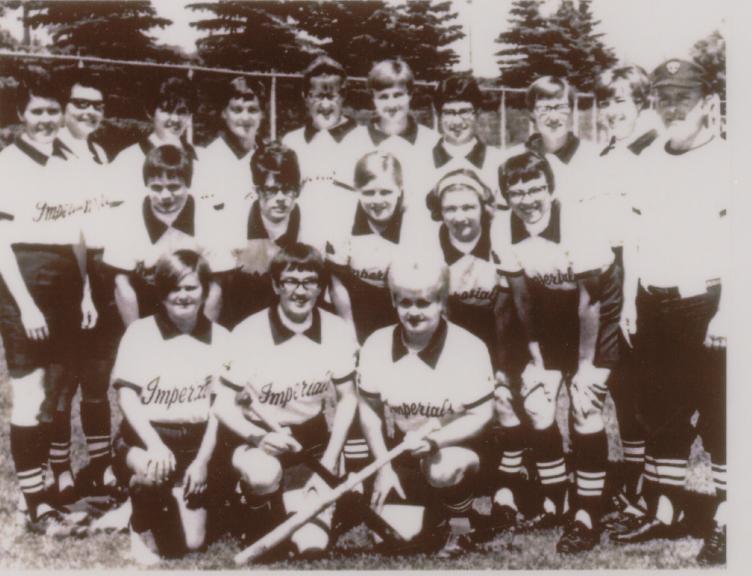 In 1967 the Saskatoon Imperials moved up to the Senior “A” division.  Coach and Manager who formed the team, Gail Hopkins, stepped back from coaching and brought in Bob Stayner as coach.  It was a strong team so Stayner focused on conditioning the team to get them into top form.  Hopkins was a strong disciplinarian and the team seemed to respond to that.  They also added four players who both hoped would help get them to the top after placing second in 1967 and 1968.

The team had a great season, even spoiling the record of a four-woman touring team, the Queen and her Maids who had claimed, until Saskatoon, they had never been beaten.  The Imperials won 4-2 with the help of some great hitting by newly acquired Valerie Jensen and Ann Hopkins.

Coming from an unsuccessful tournament at the 1969 Canada Summer Games in Halifax, the team went directly to the Canadians in Fort Erie, ON.  They played many of the same teams as in Halifax but thanks to two more newly acquired players, pitchers Vera Pezer and Joan Druprey, they got hot and no one could touch them on the final day.  Duprey pitched three victories in a row that day and was named top pitcher.  Winning the Canadian Senior “A” Women’s Softball Championship was icing on the cake for all their hard work.