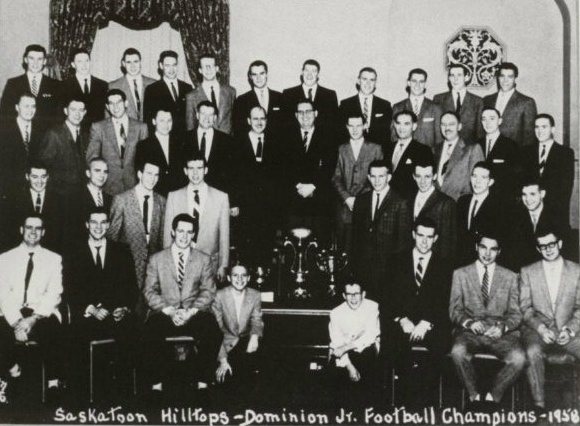 Promoted from line coach to head coach, Johnny Babineau brought back the winning tradition to the Hilltops after many challenging years of not advancing past the league final. With a talented roster full of hard-working individuals it was no surprise that the Hilltops went undefeated their entire season.

After dominating the Manitoba-Saskatchewan League with a record of 8-0, the Hilltops met the Regina Rams in the two game total point league final series. The Hilltops won the first game 50-19 and in the second game the defense collected six interceptions to defeat the Rams 34-20.

Continuing their undefeated streak the Hilltops went on to the western final shutting out the Edmonton Wildcats 26-0. The football club was off to Montreal to battle for the Canadian Junior Football championship against the also undefeated Notre Dame de Grace Maple Leafs. Although the 44-hour train ride to Montreal weighed on the players, the Hilltops still came out on top in an 18-14 victory to capture the club’s second national championship. A perfect 12-0 season.