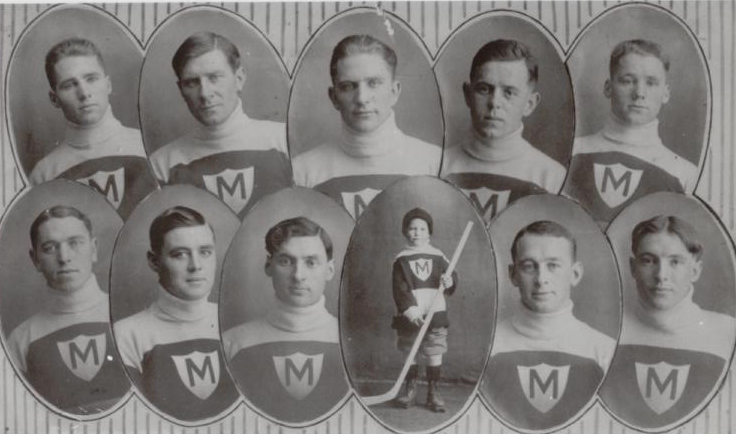 In 1915 the Melville Millionaires defeated the Regina Victoria’s in the provincial finals and came into possession of the coveted Allan Cup, emblematic of World Supremacy in Senior Amateur Hockey. At the time, the Allan Cup was a challenge trophy, and any team beating the current holders was entitled to it. The Regina Victoria’s were the 1914 Allan cup winners.

It was this fact that restored Melville’s name to it, over eighteen years later, when the C.A.H.A decided to remove Melville’s name from the trophy simply because they had not held it at the end of the season and there was some questions about them having ineligible players.

The Millionaires had withstood a challenge from the Toronto Victoria’s, but later lost the cup to the Winnipeg Monarchs, by a one goal margin in the two games played.

Installed into the Saskatchewan Sports Hall of Fame June, 1979.