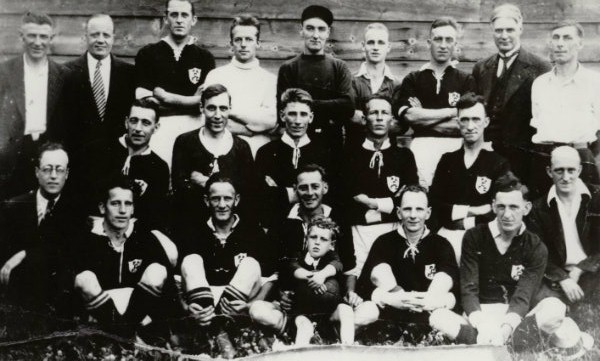 In 1933 The Prince Albert City Reds became Western Champions by defeating Winnipeg Irish and then Calgary C.P.R. In the national final their opponents were the Toronto Scottish. They played three games, before losing to Toronto 2-1 in the final game.

In 1934 the Reds again reached the national final by defeating the New Westminster Royals and Winnipeg United Weston for the Western Championship. In the final their opponents were Montreal Verdun Park, and in another very close three game contest the Reds lost the national championship by just one goal, by a score of 2-1, in the final game.

This outstanding Prince Albert Club is the only senior soccer team ever to reach the national finals as a representative from Saskatchewan and the first club in the province to win the Provincial Shield in Consecutive years, 1913 & 1914.

Installed in the Saskatchewan Sports Hall of Fame on June 11, 1983