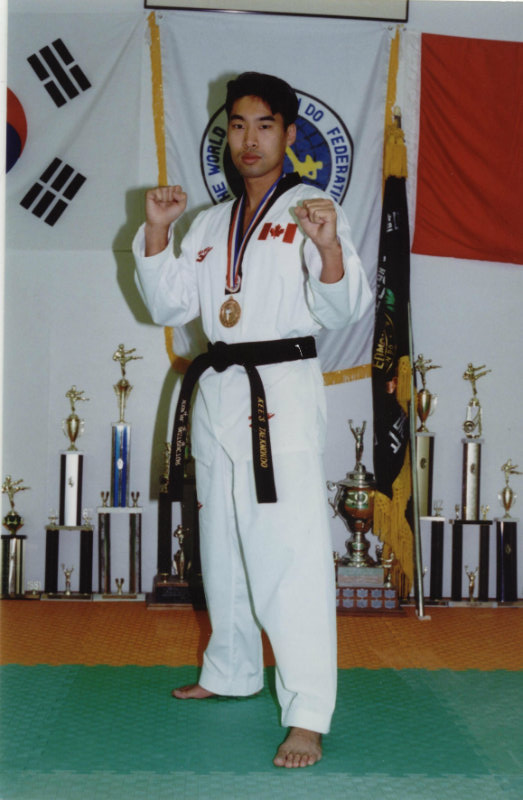 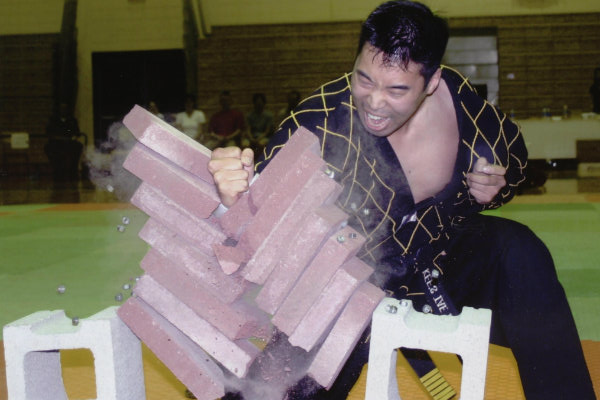 Born in Seoul, South Korea in 1972, Master Yoon Sang Ha has spent virtually his entire life committed to the sport and discipline of Taekwondo. As the son of Grandmaster Kee Ha, he became part of a family tradition from birth, though his formal training would have to wait until he was six.

By 1983, Ha was competing in tournaments throughout Western Canada. In 1986, as the youngest member of Kee’s Western Canada Black Belt Championship team, he won two gold medals—the only male competitor to do so. The following year, Yoon would defeat the United States Junior National Champion winning two more golds. In total, he would capture more than 100 medals in regional championships and more than 10 provincial titles between 1983 and 1997.

Internationally, Ha’s competitive career has seen many highlights. At the 1987 Pan-American Games, he was the youngest male athlete competing for Canada in any sport. He lost to the eventual gold medalist, Dae Sung Lee, but was the only athlete to score a point against Lee in the entire tournament. At the 1991 World Taekwondo Championships, Ha had his best international showing, defeating the European Continental Champion and another former world silver medalist on his way to the competitive round of sixteen, where he lost to the eventual silver medalist. At the 1996 Pan-Am Taekwondo Championships, Ha captured the bronze medal in his weight division, winning his quarter final match by a knockout—something extremely rare in international competition.

Since taking a step back from competition, Ha has put his more than 32 years of experience to work as a teacher and coach in Calgary, Alberta, where he now resides. He remains proud to be doing what he loves, as well as carrying on his family’s tradition of excellence in Taekwondo.