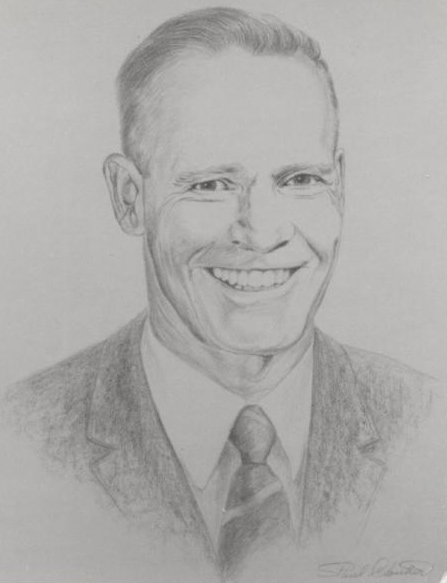 Robert “Bob” Adams is truly a native son; born in Alsask in 1924; educated in schools there and at the University of Saskatchewan; competed provincially, nationally and internationally while a Saskatchewan resident. He also taught and coached in Saskatchewan; and served in executive capacities in, and as a representative of, Saskatchewan.

The highlights of Bob’s competitive experience include establishing Canadian records in the discus (1949), and the decathlon (1952) at the Olympic Trials. He represented Canada at the 1952 Olympic Games in Helsinki and the 1954 Commonwealth Games in Vancouver, where he was elected team captain.

In addition to coaching school teams, particularly in track and field and basketball to provincial championships, Bob was head coach of the Saskatoon track and field club for twenty years. He also coached nationally at the 1958 Commonwealth Games, the 1964 Olympic Games, and the 1968 Southern Games.

In addition to his involvement in sports activities, Bob has served his church as a vestry member and his community as a charter member and President of the Nutana Kiwanis Club.