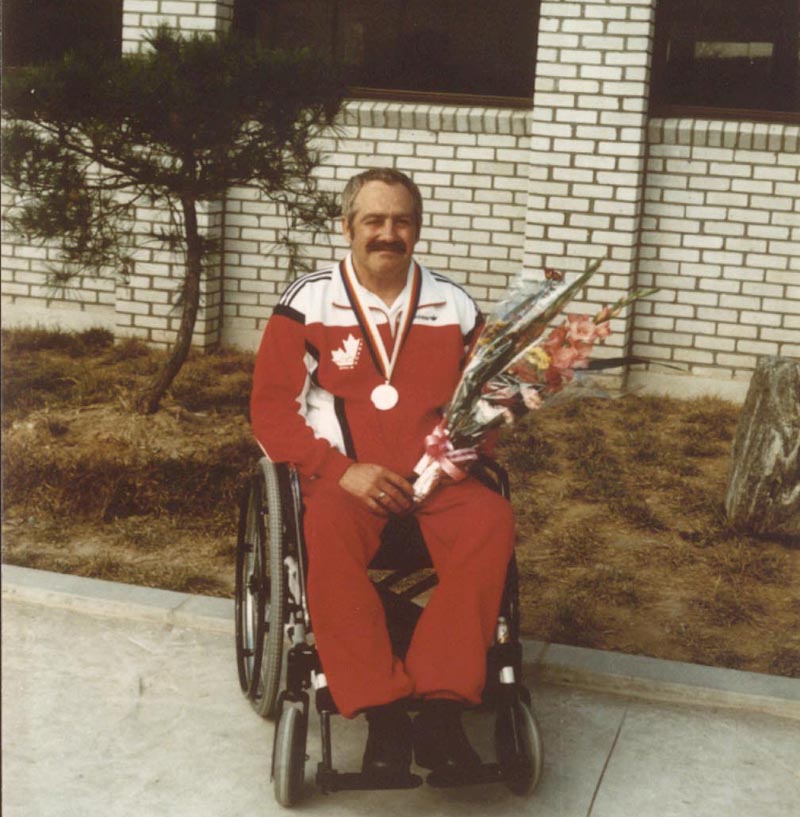 Richard Schell began his career as a wheelchair athlete in 1978, competing nationally in discus, javelin, and club throw. He switched to shooting shortly afterward, and won two gold medals at the 1981 Canadian National Games, in air pistol and air rifle. In 1982 at the Pan American Games held in Halifax, he won silver in air pistol and gold in air rifle.

Richard continued to be a force in provincial and national wheelchair shooting competitions and in 1984 competed at the Wheelchair Olympic Games in Stoke Mandville, England.  In 1987, Richard won team bronze at the World Wheelchair Air Gun Championships. Schell went on to win medals in various international competitions.

In 1988, Schell was named to the Canadian shooting team that won team silver at the Paralympic Games in Seoul, South Korea.  In 1990, at the Western Canada Summer Games in Winnipeg team Saskatchewan won gold in air pistol.