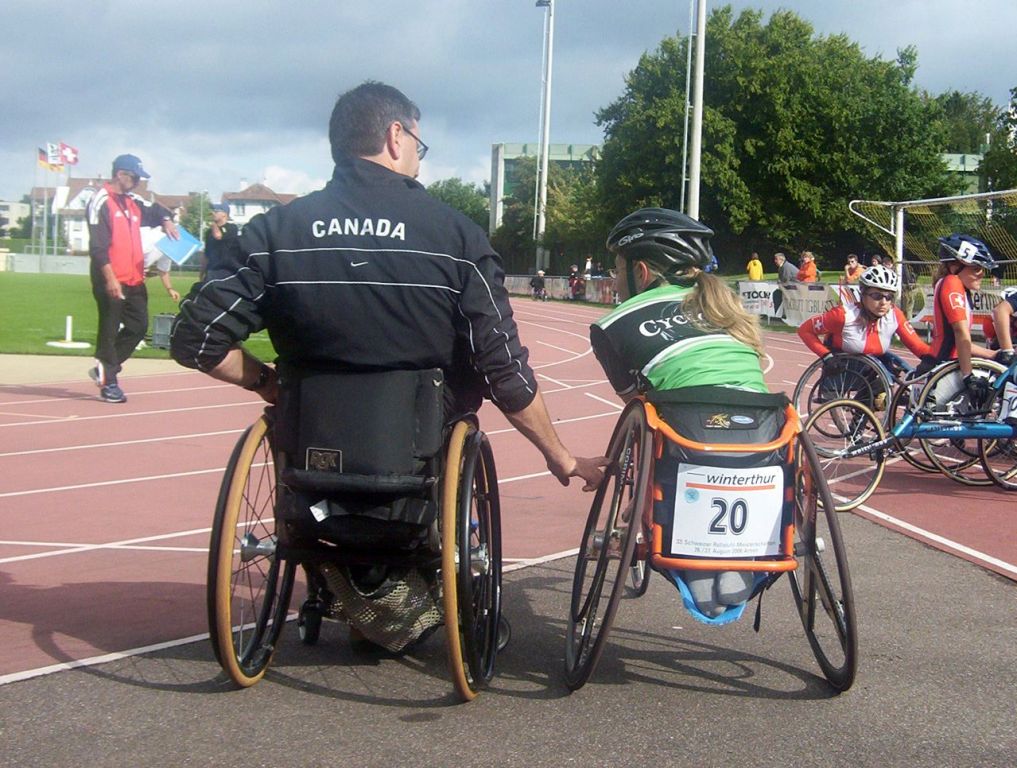 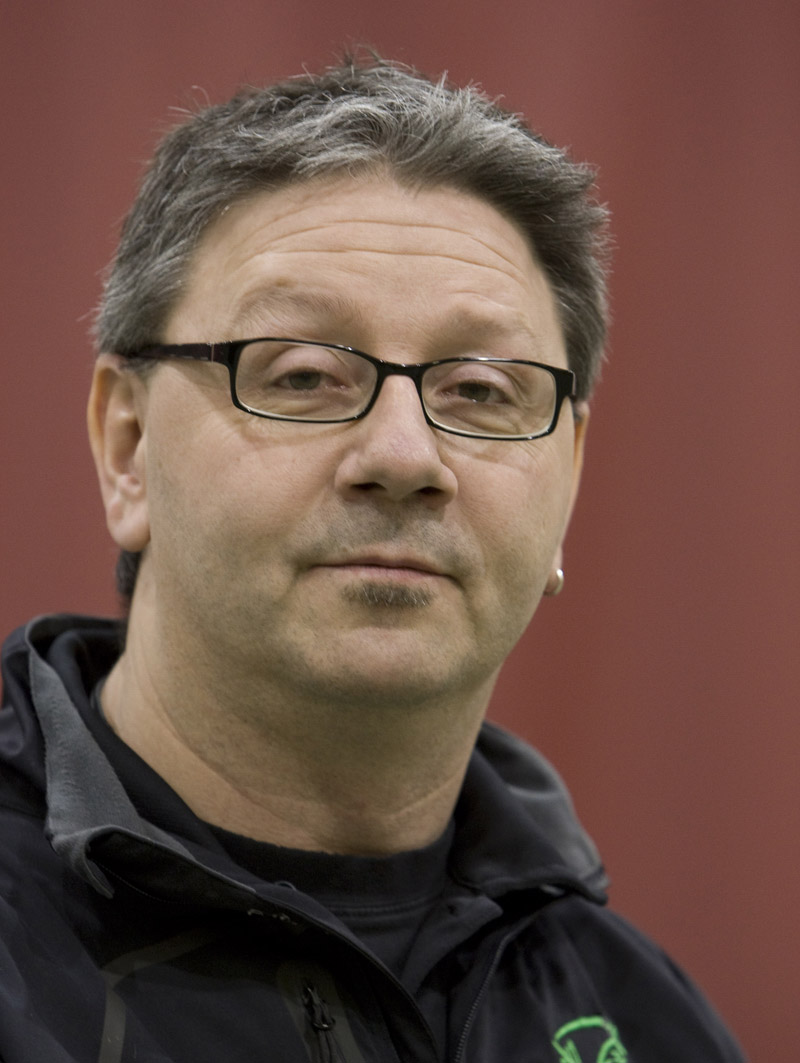 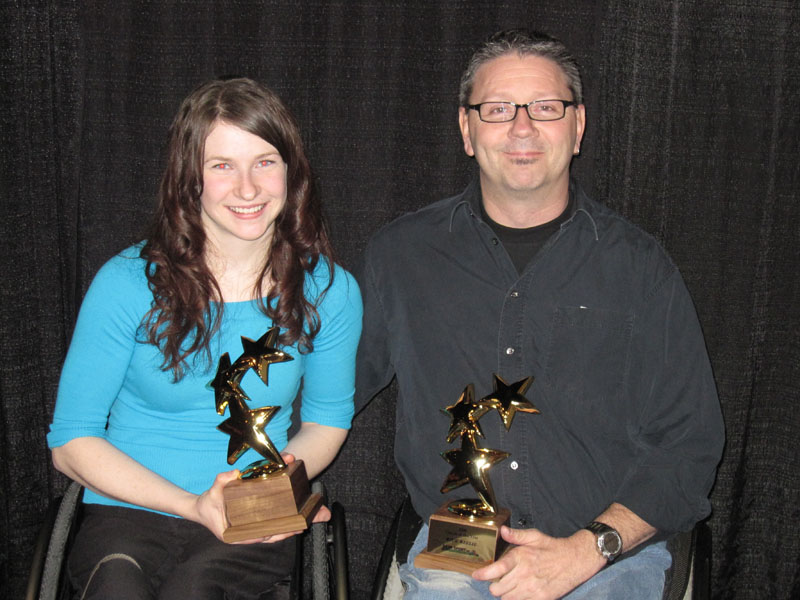 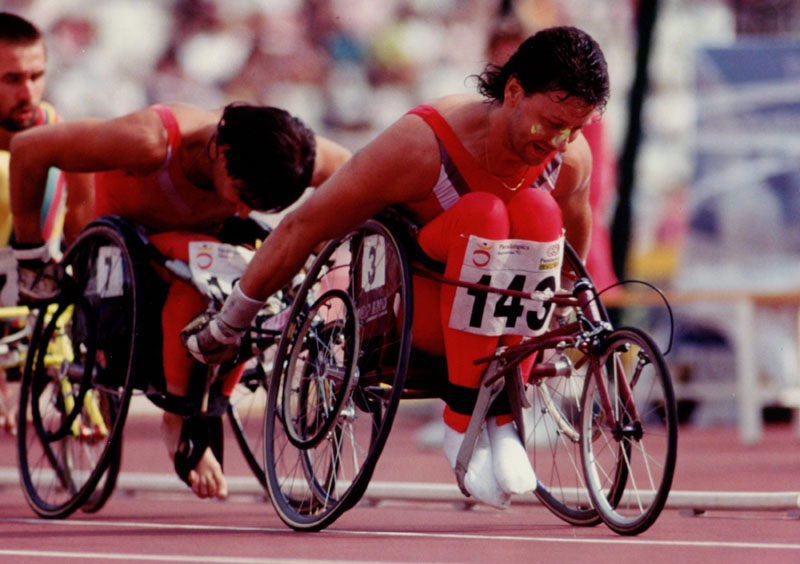 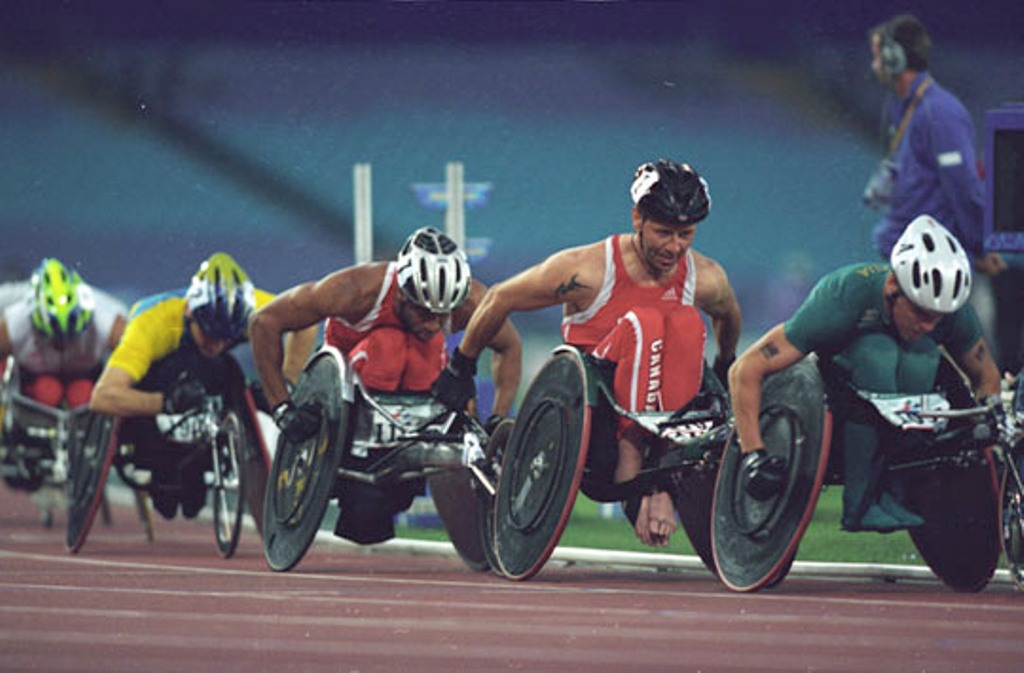 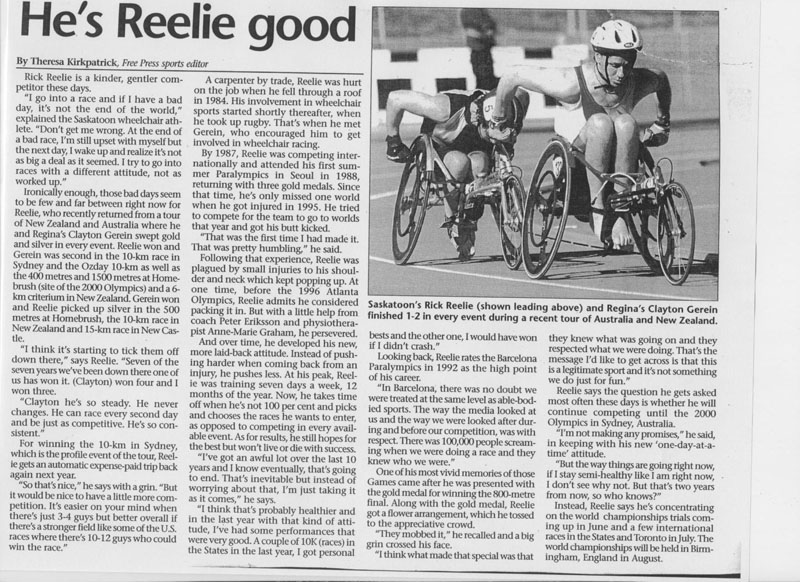 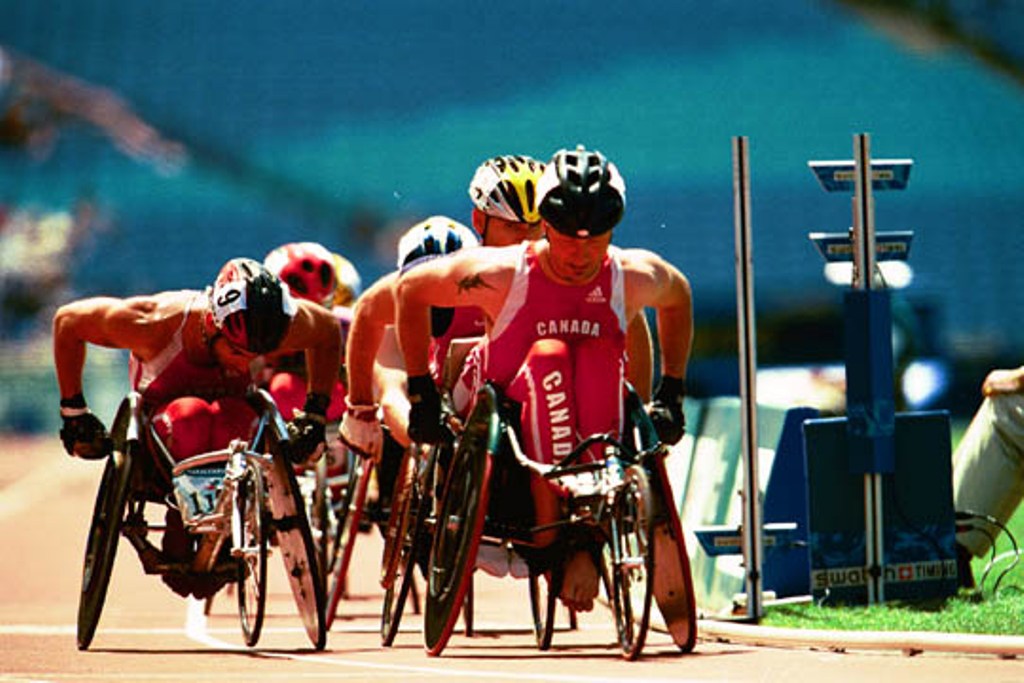 Rick Reelie’s athletic career has taken him from competitor in several different wheelchair sports to mentor and coach to a new generation of athletes.  Along the way, he has had a great deal of success.
In wheelchair rugby, he was a member of five national championship teams from 1986 to 1991.  He took up wheelchair athletics in 1985, competing in nearly all distances on the track.  However, it was the throwing events where he had his earliest international success.  In 1988, he competed in his first of five Paralympic Games, winning gold medals in the shot put, discus, and javelin.
Encouraged by his teammate (and fellow inductee) Clayton Gerein, Reelie began to focus more intensely on track events.  At the 1992 Paralympics, he was at his competitive peak, racing to two gold medals (400 metre and 800 metre) and two silver medals (200 metre and 1500 metre).  During his 20-year stretch as a competitive athlete, Reelie won a total of nine Paralympic medals, was a world-record holder in three events (200 metre, 400 metre and 800 metre) and a national-record holder in two others (1500 metre and 5000 metre).  Beyond that, Reelie competed in dozens of international meets and road races around the world, winning medals and accolades everywhere he went.
Reelie made the transition to coaching over time.  While still actively competing, he served as the Junior National Development Coach in Australia from 1998 to 2000.   Rick returned to Saskatoon in 2001, where he founded the Cyclones Road and Track Club.  Upon retiring from competition in 2005, he began to devote himself to coaching full-time.
As a coach, Reelie made an immediate impact.  One of his athletes, Ilana Duff, has won a bronze medal at the 2008 Paralympics in Beijing on her way to being named Sask Sport’s Female Athlete of the Year.  In total, Reelie coaches four Athlete Assistance Program (AAP) carded athletes, making the Cyclones one of the top developmental clubs in the country.  It was fitting, then, that Rick was named Sask Sport’s Coach of the Year in 2008, the inaugural year for that award.
Installed in the Saskatchewan Sports Hall of Fame on June 18th, 2011.