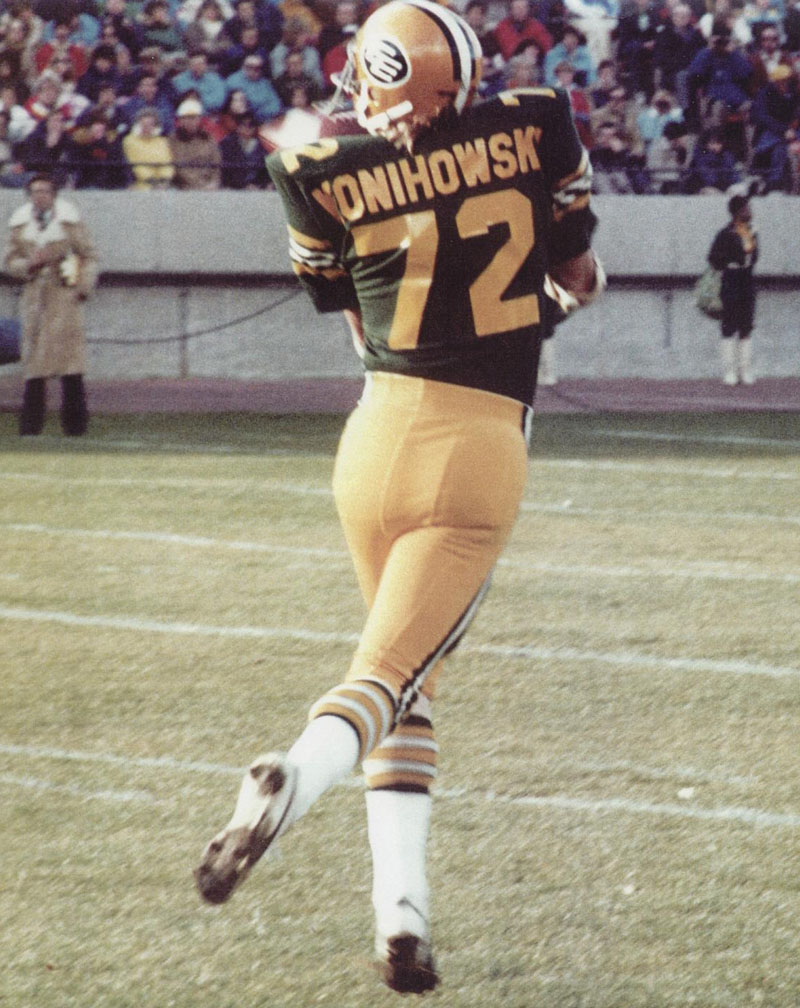 John had an outstand athletics career winning Canadian age-class championships in the triple jump in four successive years form 1966 to 1969. He attended Brigham Young University in the USA before coming back to enroll at the University of Saskatchewan.

At the U of S, John changed from the triple and long jumps into a hurdler placing first in the Canadian Olympic trials in the 400m hurdles.  John tried his hand at football with the U of S Huskies and eventually was named as a CIAU All-Canadian receiver.  He was honoured with the 1973 University of Saskatchewan’s Outstanding Male Athlete of the Year and Tournament Athlete of the Year.  He represented Canada on five international track teams.

John turned to professional football in 1974, and by 1975 was the starting inside receiver with the Edmonton Eskimos and was named the Top Canadian Player for the Eskimos.  He collected 4 Grey Cup rings with the Eskimos in 1975/78/79/80. He finished his football career with the Winnipeg Blue Bombers in 1983.