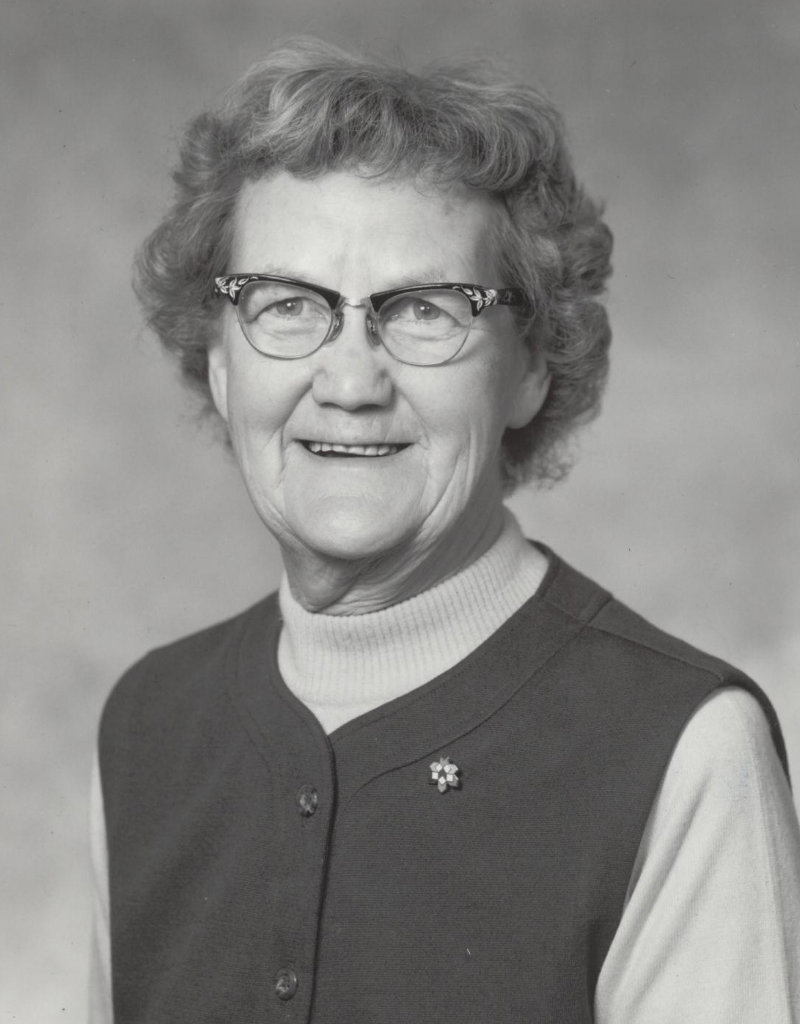 Born in Armdale, Scotland in 1912, Jean Black arrived in Canada in 1947 and moved to Regina in 1964. Jean’s contribution to lawn bowling is evident not only by her expertise on the greens, but also by the growth of the sport. For this she was awarded the Queen’s Silver Jubilee Medal in 1977.

In 1970, with Black as the inaugural President, the Saskatchewan Ladies Lawn Bowling Association was founded. The following year the Canadian Ladies Bowling Association became official and Black served as Vice President of the organization. She rose to presidency in 1975, and then turned her energies to committees to set up national officiating and coaching programs.

In 1979, Black was appointed to a Steering Committee responsible for hosting the International Women’s World Bowls where eighteen countries participated. Black is a nationally qualified umpire and coach, and previously was chairman of the National Team Selection Committee.

As an athlete, Black has represented the province six times in National Championships. As skip, she was runner-up in pairs in Regina in 1973, and in Vancouver 1981, she took the singles gold medal. Additionally, in 1981, she skipped the winning team in Saskatchewan’s first interprovincial Mixed Pairs Tournament.