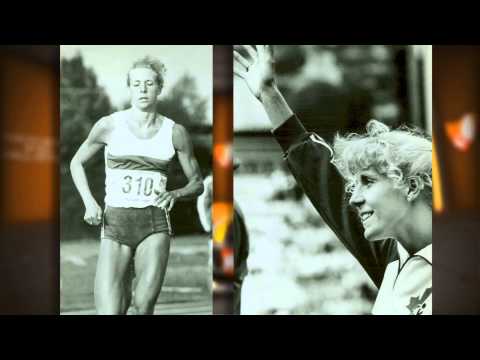 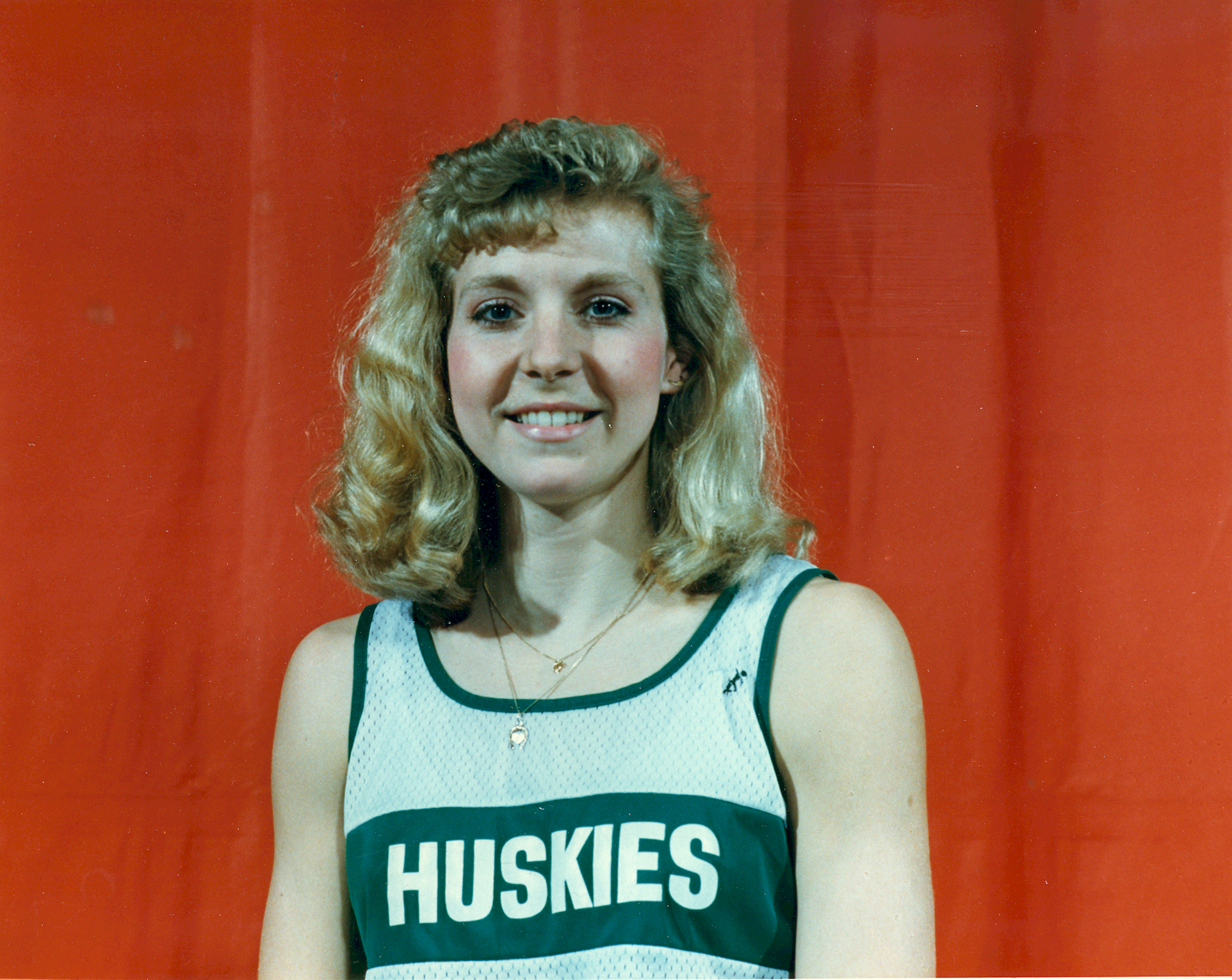 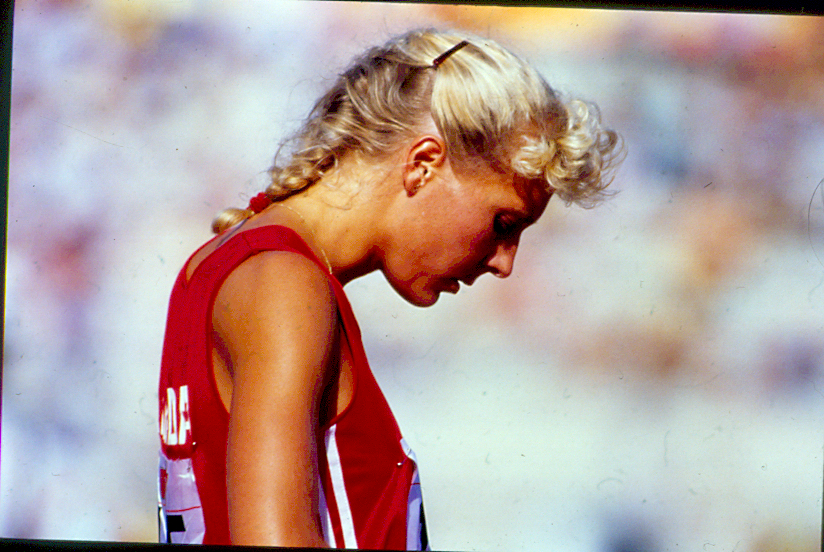 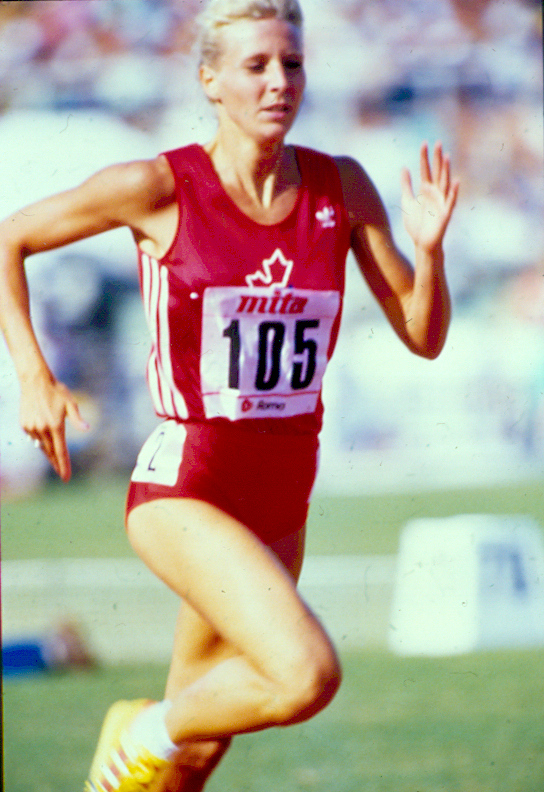 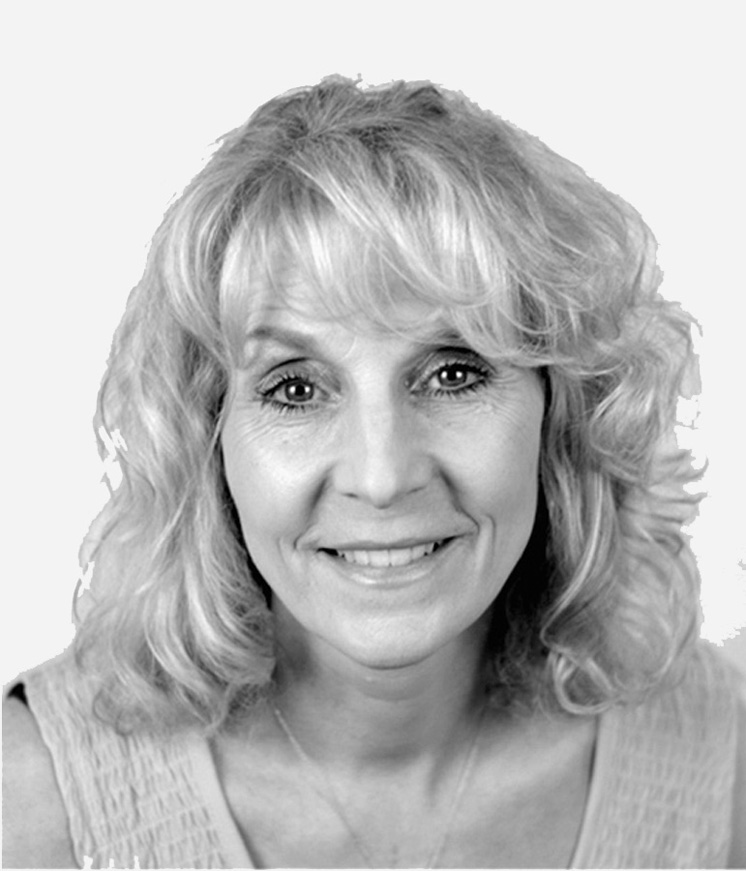 Gwen (Wall) Ridout showed an interest in running from an early age. By the third grade, she was already part of a city championship 4x100m relay team in her hometown of Saskatoon.

By high school, Ridout had become a dominant athlete at track and field meets.  Running for Mount Royal Collegiate, she finished in first place in twelve events from 1978 to 1981at local meets.  At provincial championships over the same time period, she collected seven first place finishes—including victories in the 200m and the 4x100m and 4x400m relays in her senior year.

Ridout chose to attend the University of Saskatchewan, and joined the Huskies Track & Field Team.  During her five years with the team, she collected several individual and team relay first-place finishes, setting five Canada West records along the way.  With her help, the Huskies won four straight Canada West titles from 1983-1986, and back to back CIAU national titles in 1984 and 1985.  As of 2012, she remains the only person to be named the University of Saskatchewan’s female athlete-of-the-year four times.

Ridout also competed in the Canadian Senior Indoor and Outdoor Championships during this same time period.  She was particularly known for her 400m hurdles.  For three straight years, 1985 to 1987, she placed first in the event.  Her success at the National Championships and with the Huskies led to her being awarded the Sask Sport Female Athlete of the Year in 1985.

After retiring from competition, Ridout began coaching.  Since 2000, she has coached hurdles, sprints and relays for the University of Calgary Track Team.  She has also coached many junior high school and high school teams in Calgary, winning a total of fourteen divisional titles and one provincial championship.