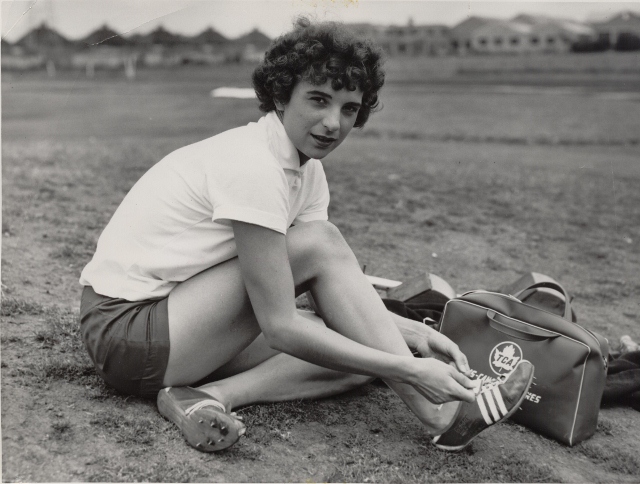 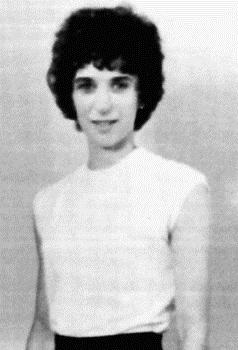 Eleanor Haslam, a track and field star from Saskatoon, was generally recognized as Canada’s best female sprinter from 1956-60. During these years she dominated national championships and international games trials. In 1956, at the age of seventeen, she represented Canada at the Olympic Games in Melbourne, Australia; the following year she was rated in the “All Star” track and field listing as Canada’s best over 60 and 100 yards, and second over 220 yards, while still of juvenile age.

In the 1958 British Empire Games trials in Saskatoon, she won three national championships, setting new Canadian records in the 100 and 200 yards, and anchoring the winning Saskatchewan 440 yard relay team. Later that year, at the British Empire Games in Cardiff, Wales she earned a bronze medal as a member of the 440 yard relay, was a finalist in the 220 yards, and recorded the best Canadian time over 100 yards.

Miss Haslam represented Canada in the 1960 Rome Olympics, turning in the best times for a Canadian in the 100 and 200 metre events easily breaking the recognized Olympic record for 800 metres. Also in 1960, she exceeded the world indoor record in the 60 yard sprint, turning in a 6.6 second clocking.

Without the opportunity for frequent competition and adequate training, her performances, even by today’s standards, were outstanding.

Installed in the Saskatchewan Sports Hall of Fame on March 30, 1974.