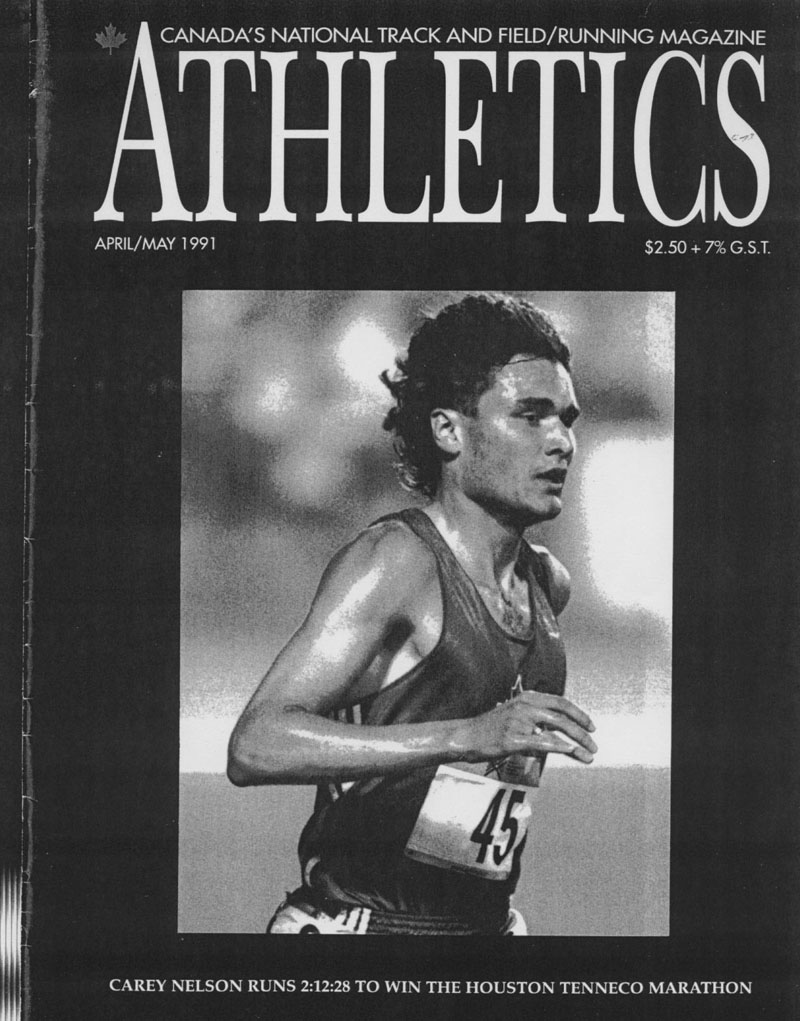 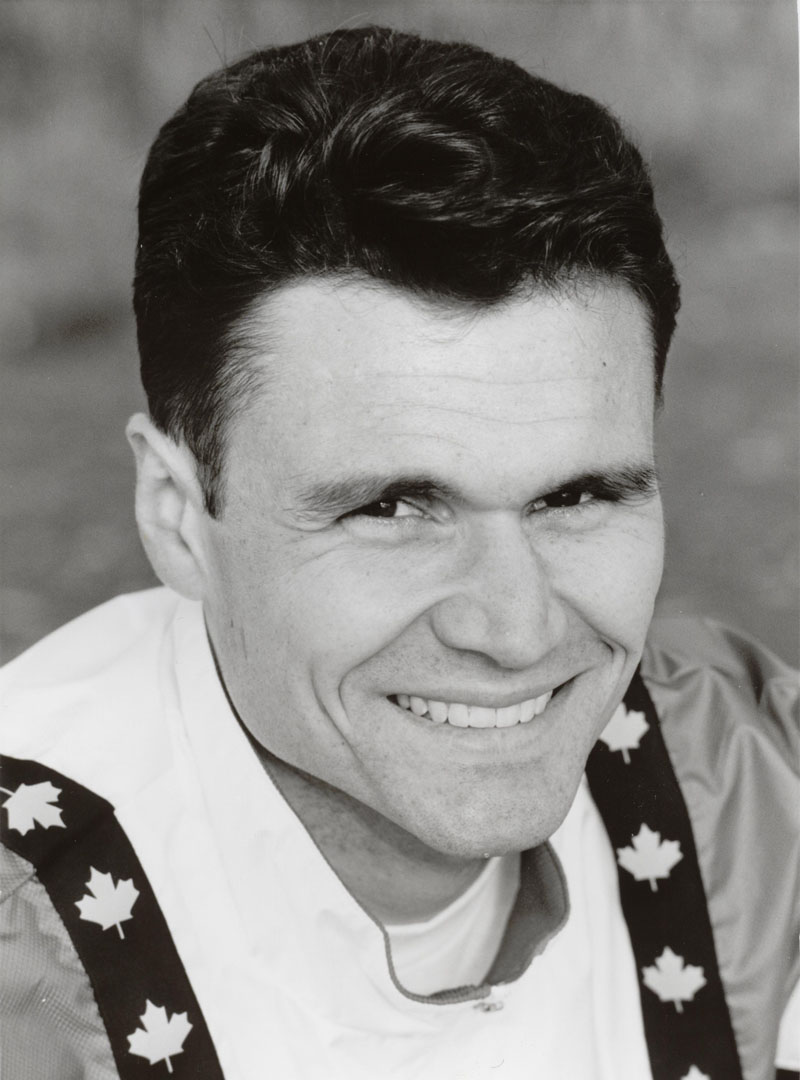 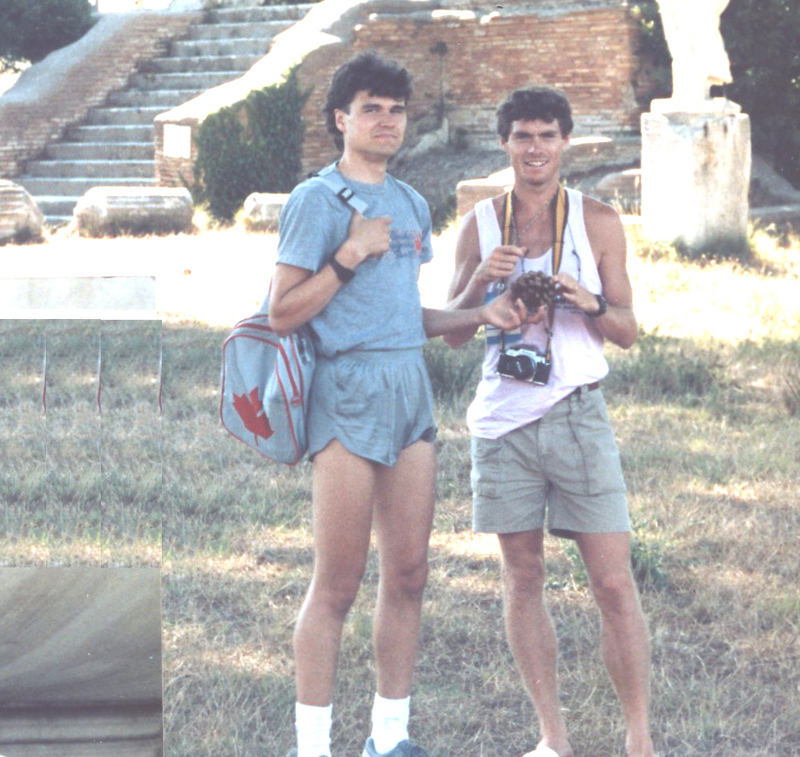 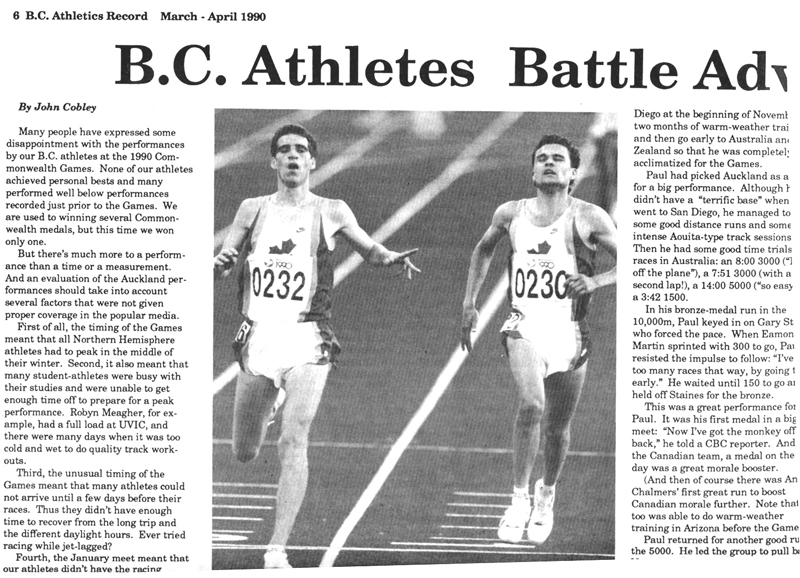 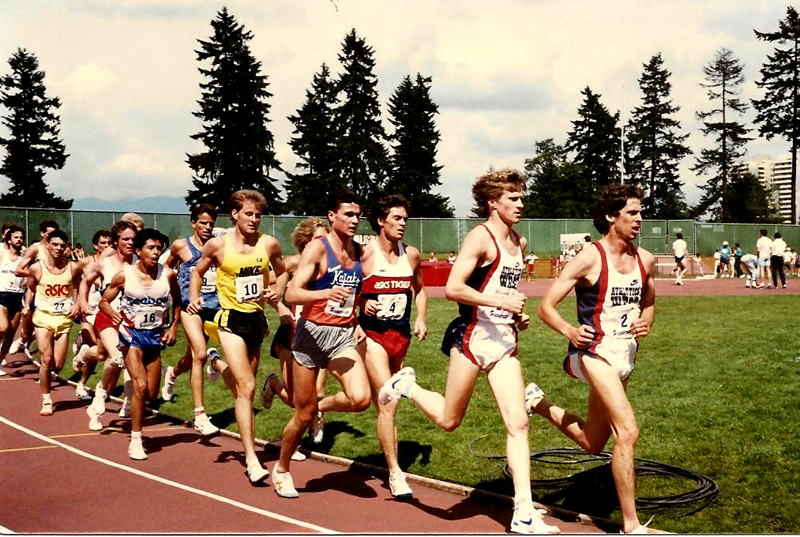 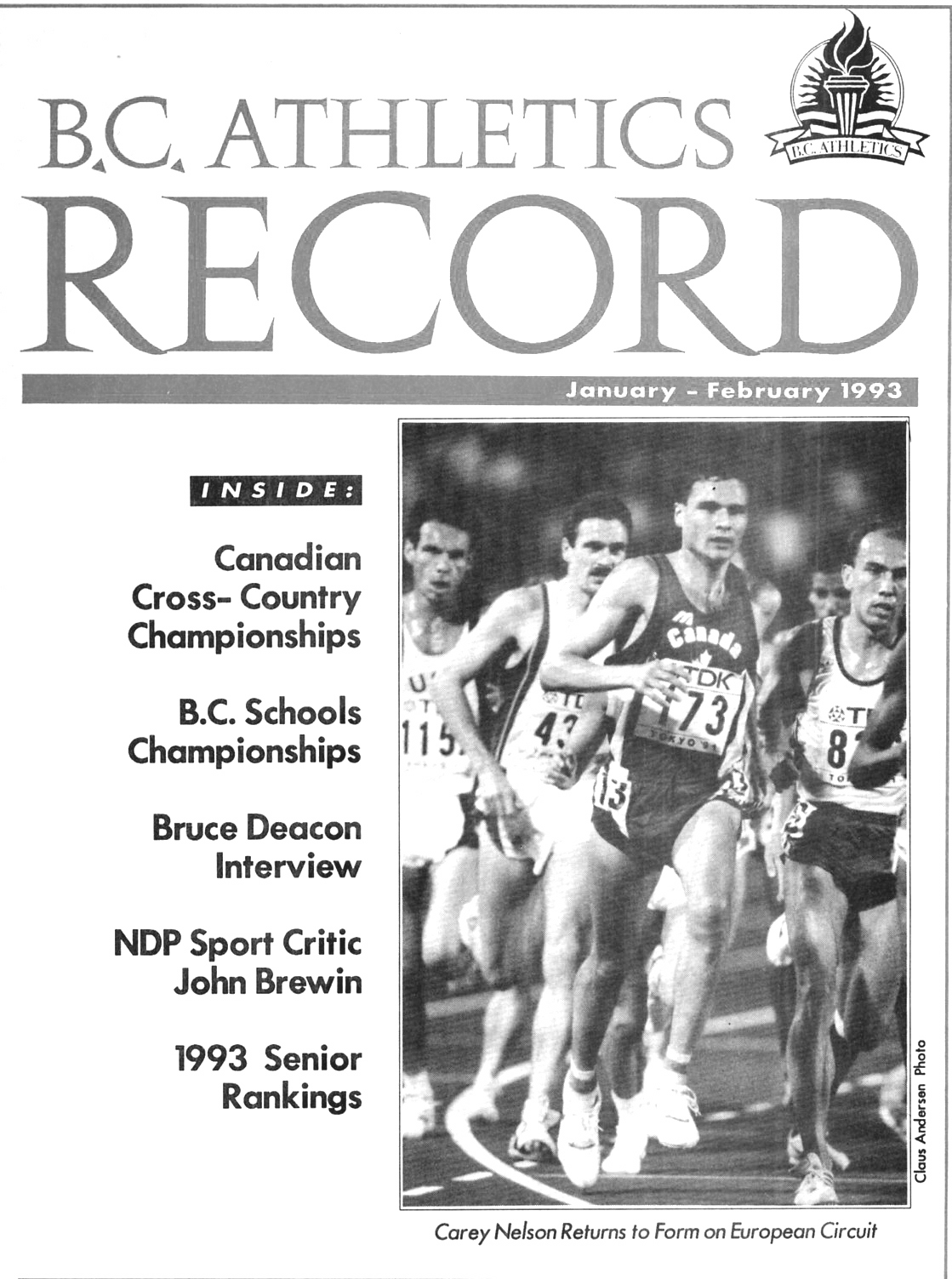 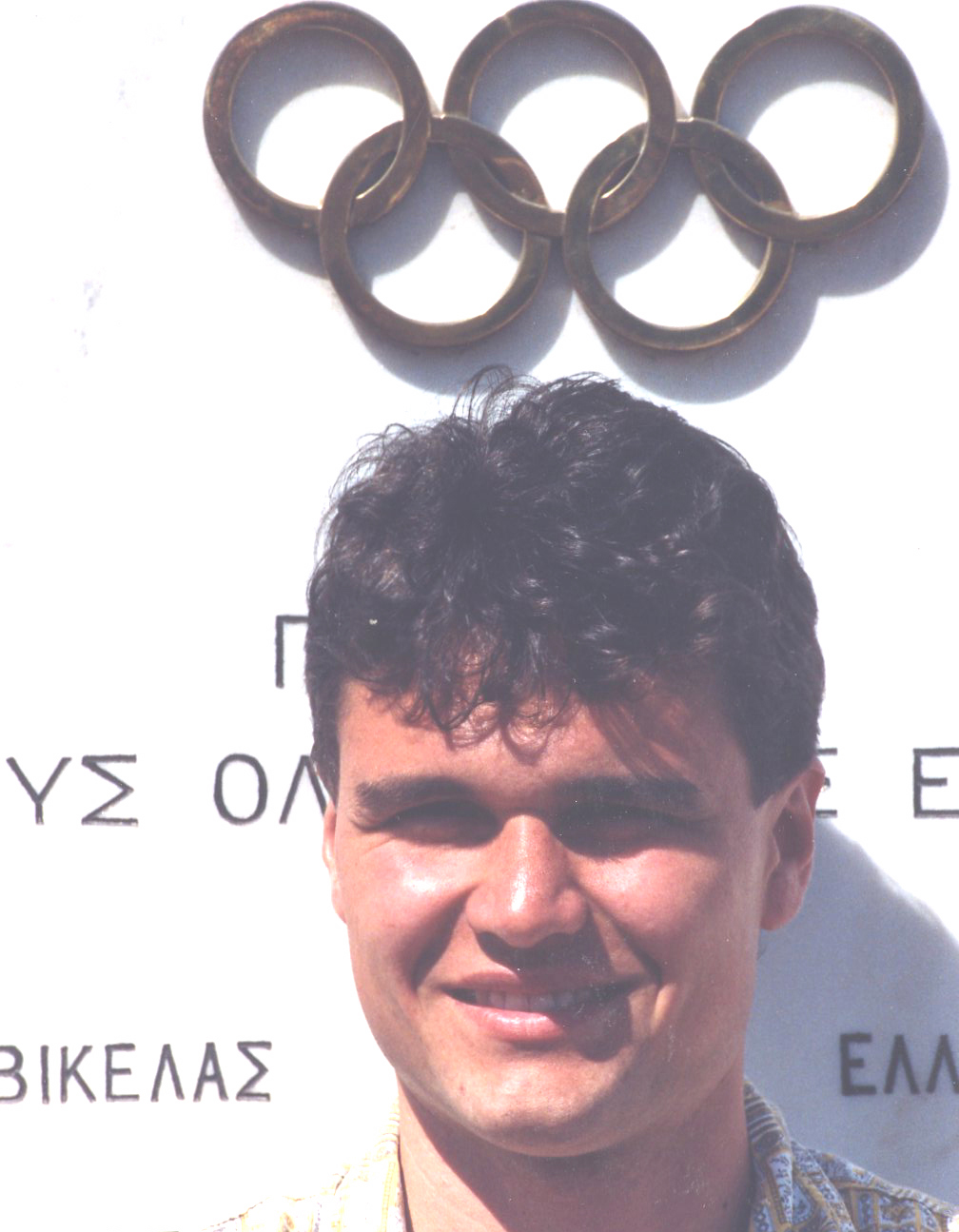 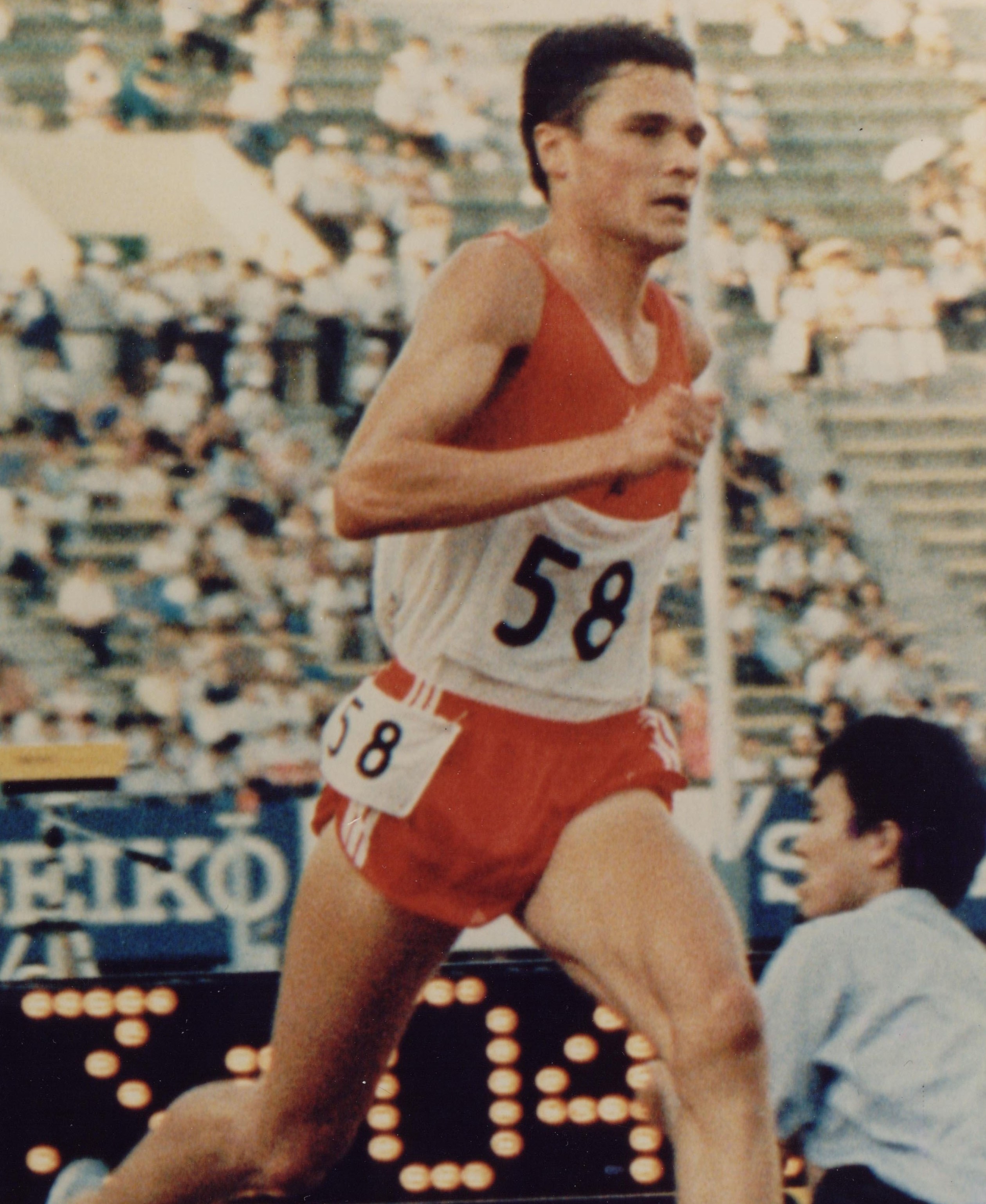 One of Western Canada’s most distinguished long-distance runners, Carey Nelson’s athletic career began in his native Saskatoon.  It would eventually take him around the world as a competitor in several international Track and Field and Cross-Country championships, including the Olympic Games. Nelson enjoyed his first victories running for Bedford Road Collegiate in Saskatoon, winning the provincial high school 1500 metre and 3000 metre events.  In his senior year, he established provincial records at both distances and became the first athlete in Saskatchewan to run the 1500 metre in under four minutes.
Nelson continued middle-distance running with the Vikes at the University of Victoria.  In two years he won three bronze medals and one silver medal at Canadian Interuniversity Athletic Union (CIAU) events.  He also had his first taste of international success, winning a silver medal in the 1500 metre event at the World University Games in 1986.
After completing university, Nelson continued competing, running for Canada at several different international competitions.  In the 5000 metre event, he ran to a fourth place finish at the 1987 Pan-Am Games, a 15th place showing at the 1987 World Track and Field Championships, and a 42nd place finish at the 1988 Olympic Games in Seoul, South Korea.
Following the 1988 Olympics, Nelson turned his attention to longer distances.  By 1990, he ran to a ninth place finish at the Commonwealth Games, this time in the 10000 metre event.  That same year, Carey was the winner of the Toronto International Marathon.  And the following year, he finished first at the Houston Tenneco Marathon with a time of 2h 12m 28s.
Nelson was again part of Team Canada at the 1994 Commonwealth Games, this time running to a seventh place finish in the marathon.  He returned to the Olympic Games one last time in 1996 in Atlanta, Georgia.  In what was essentially his last competitive race, Nelson finished in 2 hours 19 minutes 39 seconds, good for 35th place.  He was able to take part in the Games’ closing ceremonies, a fitting end for his lifetime of competition.
Nelson remains active in the sport as a coach and volunteer.  He currently resides in Vancouver, British Columbia, where he has served as Race Director for the Vancouver International Marathon.
Installed in the Saskatchewan Sports Hall of Fame on June 18th, 2011.