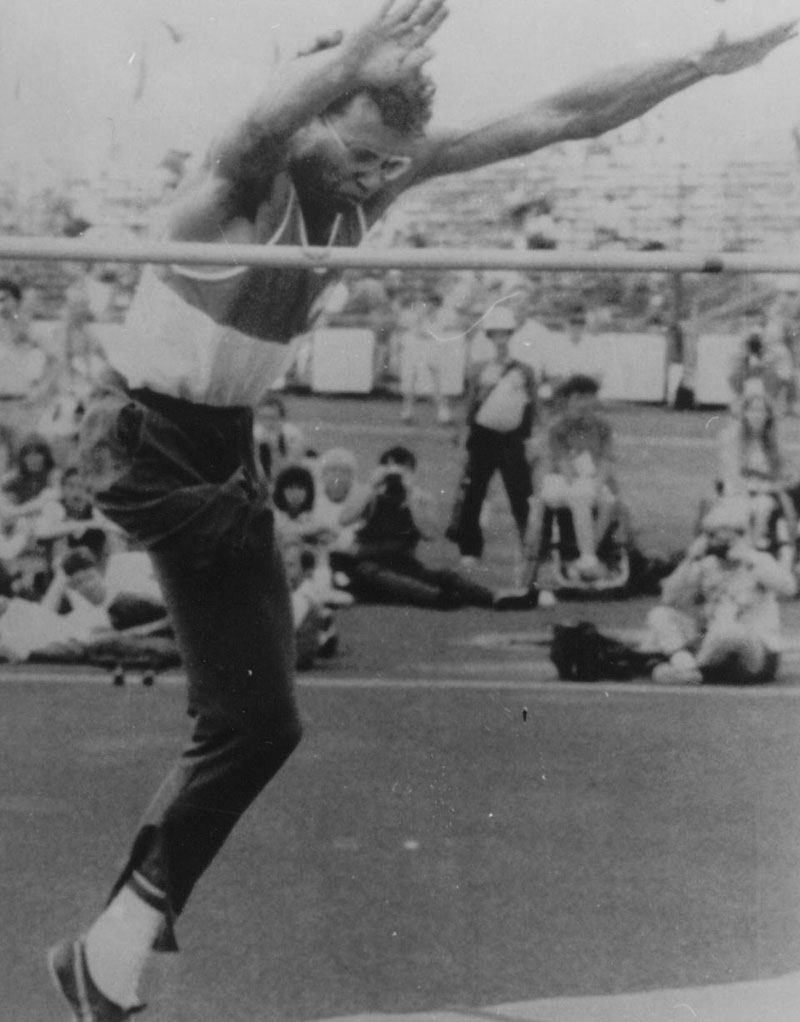 Arnold Boldt of Osler, Saskatchewan lost his right leg at the age of three in a grain auger accident. That did not stop Boldt, who went on to gain international recognition in track and field.

When Boldt was 19 years old he competed at the 1976 Olympiad for the Disabled held in Toronto. He had a remarkable performance, setting world records and winning gold medals in both the high jump and the long jump. In high jump he cleared 6’ 4 ¼” and in long jump a 9’ 7”. Boldt’s record earned him an award for most outstanding single performance during the Games.

In 1977 and 1978 Boldt won gold medals in the long and high jump events at the Canadian Games for the Physically Disabled. By the early 1980s, Boldt was high jumping over two metres in preparation for the upcoming Olympiad and during an indoor track event jumped 2.08 metres. At his second Olympiad for the Disabled in 1980, Boldt once again made history by breaking his own world record with a jump of 1.96 metres. Adding to his victory, he was also the gold medal winner in the long jump event.

Boldt was inducted into the Canadian Sports Hall of Fame in 1977.