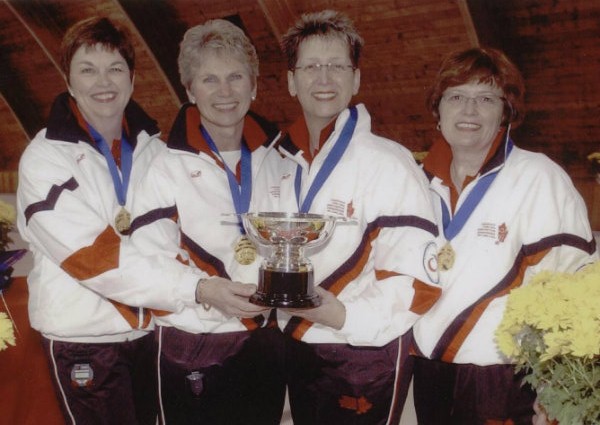 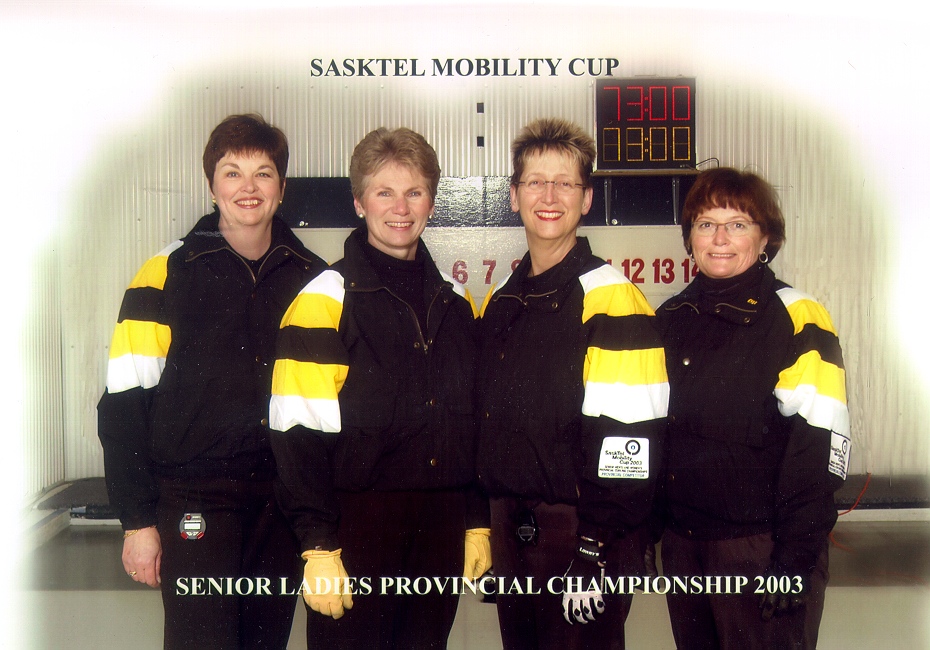 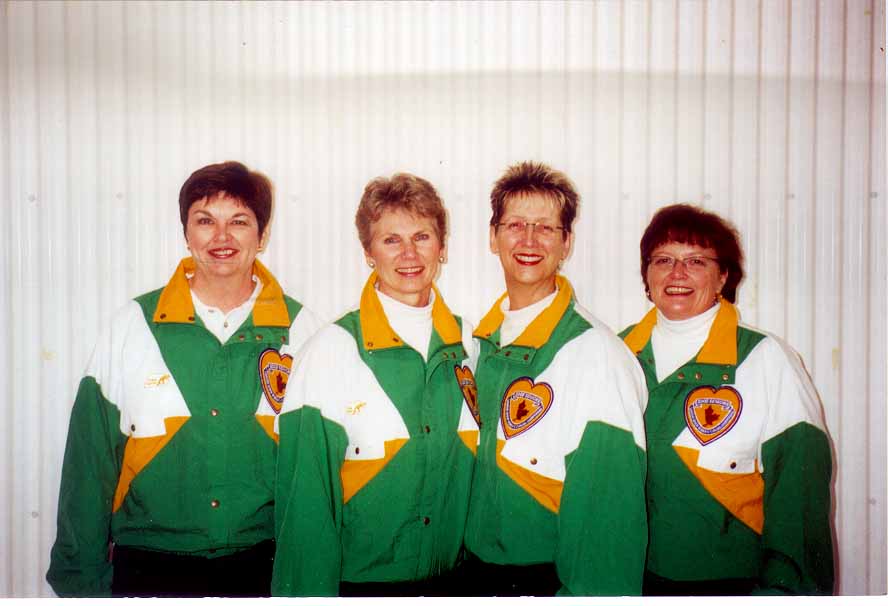 Nancy Kerr’s curling team took on the province and country in 2003. Then they took on the world. By the end of the season the Regina foursome had been crowned senior women’s curling champions in Saskatchewan, Canada and the world.

The Kerr rink began its journey at the SaskTel Mobility Cup Saskatchewan Senior Women’s curling Championship in Weyburn. Kerr and her Callie team of Linda Burnham, Kenda Richards and Gertie Pick were in first place after the conclusion of the round robin and advanced directly to the final. Facing Saskatoon’s Marnie McNiven in the championship game, Kerr scored two in the 10th to force an extra end. Kerr’s team won when McNiven’s draw to the button came up short. It was the fourth consecutive senior women’s championship for Kerr, three of which came with Burnham, Richards and Pick.

Much like the provincial championship, Kerr was forced to battle back for the national title with an 8-7 victory over British Columbia’s Karen Lepine in Lethbridge. Trailing 7-3 after seven ends, the Saskatchewan rink scored five unanswered points by counting one in the eighth, stealing two in the ninth, one in the 10th and one in the 11th. The win clinched a berth in the world senior women’s curling championships in Winnipeg.

The Kerr rink started perfect at the worlds and would finish that way as well. Compiling a perfect 9-0 record through the round robin, the Canadian squad defeated Scotland’s Carolyn Morris 7-4 in the final to claim the world championship. Kerr scored five in the third end and would eventually run Morris out of rocks in the eighth. It was the second world title for Kerr and the first for Burnham, Richards and Pick. For Saskatchewan, Kerr’s victory also completed a triple crown for the province in international curling. Besides Kerr’s squad, Saskatoon’s Marliese Miller won the junior women’s title, while Steve Laycock of Saskatoon won the junior men’s championship.

Installed in the Saskatchewan Sports Hall of Fame June 14, 2008.