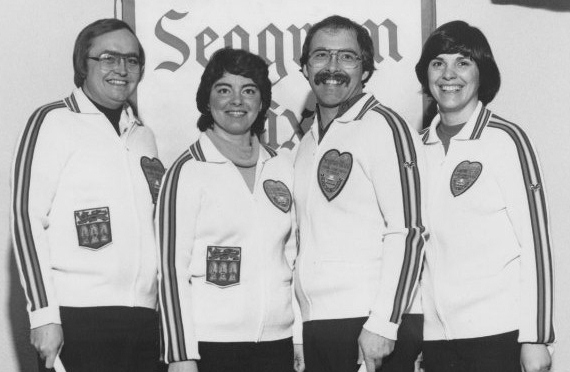 The 1983 team of Rick Folk, Tom Wilson, Elizabeth Folk and Dorenda Schoenhals, had finished in second place in both the 1981 and 1982 Canadian Mixed championships and were determined to complete the job in 1983. A last rock victory over Regina’s Kirk Ziola in the provincial mixed finals played in Carlyle moved the team to its third consecutive trip to the national championship. The host city for the Canadian finals was Saint John, New Brunswick.

Rick’s rink scored an impressive 10 and 1 record in the round robin and then met and defeated Steve Skillings’ British Columbia rink in the semi-final game. In the final game against Northern Ontario, skipped by Scott Henderson, Rick was forced to make a final end double take-out to assure a 6-4 victory for his Saskatchewan mates and the Canadian Mixed Curling Championship.

Installed in the Saskatchewan Sports Hall of Fame on June 12, 2004.