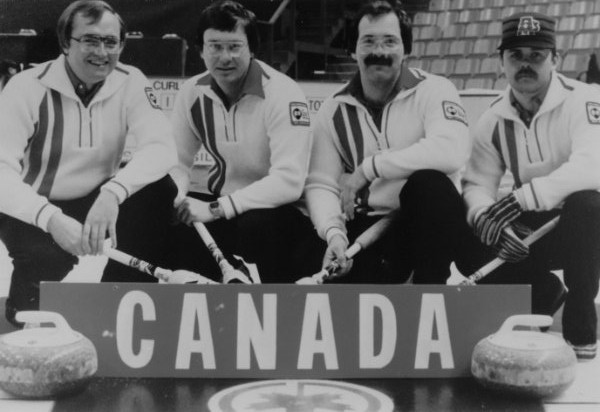 After a convincing win at the Brier in Calgary, where they beat Northern Ontario 10-6 in the final game, the Folk rink headed to Moncton, New Brunswick to take on the world.

Apart from an uneven game against the U.S.A. they curled superbly all week, finishing with a 9-0 record, and a bye into the final championship game against Norway’s Kristian Soerum, the defending champion. After a tense battle Rick Folk and his men came up with a 7-6 victory, and were awarded the world curling championship trophy, the Air Canada Silver Broom.

Rick Folk had previously captured the Saskatchewan title in 1978 and 1979, but it was not until 1980 that his boyhood dream of winning the Canadian championship came true. Tom Wilson has curled with Folk for eleven years. His brother Jim joined them in 1978, and Ron Mills became part of the rink in the fall of 1979.