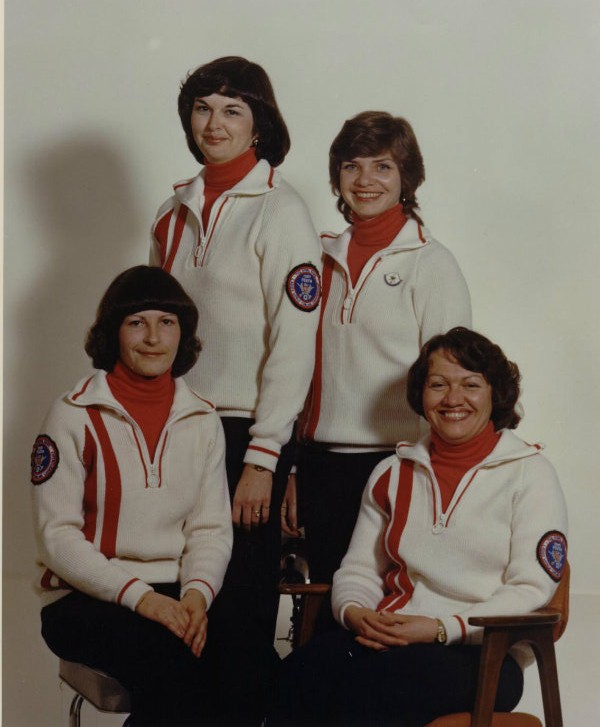 The Mitchell rink, from the Caledonian Curling Club in Regina, headed to Perth, Scotland after capturing the Canadian title at Edmonton, AB. All the games were tough and exciting in Edmonton, especially the last rock drama in the semi-final against Ontario, when Marj had to steal one to win. Fortunately, she succeeded, and went on to beat Nova Scotia 6-5 in the final.

After a week of international competition in Scotland the Saskatchewan curlers found themselves in the final against Sweden. The game was close but eventually Canada triumphed taking a 7-6 decision in an extra end.

Marj Mitchell (skip) and Nancy Kerr (third) have curled together since 1975. In their first year together they won the Provincial Championship and the CBC Curling Classic. They were also runners-up in the Canadian Ladies Championship.

Shirley McKendry (second) joined the team in 1980 and Wendy Leach (lead) began curling with the Mitchell rink in 1978.