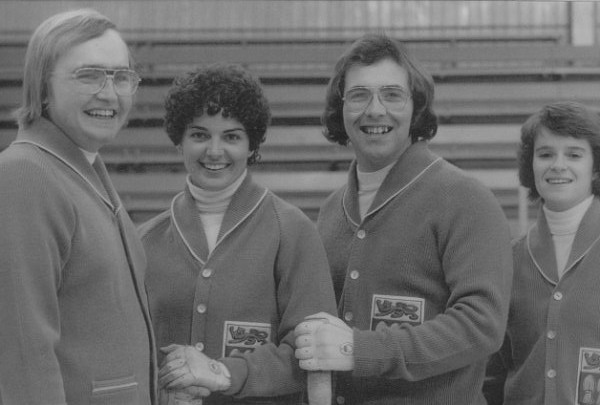 The formation of a mixed curling team in 1974, when Rick Folk and Tom Wilson were joined by two other University of Saskatchewan students, Cheryl Stirton and Bonnie Orchard was the first time any of the members had curled on a mixed team. This eventually resulted in Saskatchewan being represented in the Canadian Mixed Curling Championships an amazing five times by a team skipped by Folk.

To get to the 1974 championship, the team had to beat out Art Kelly’s rink in the Saskatoon playdowns and Coleville’s Gary Hogarth in the finals of the provincials at Assiniboia.

The rink moved on to nationals that were played in Winnipeg. The Folk foursome ended up in a tie with New Brunswick after the round robin, each with a 9 and 1 record. This resulted in a special play-off game for the championship. New Brunswick had been the only team to defeat Saskatchewan during the tournament. In the final game, a score of three in the eighth end provided the winning margin in a Saskatchewan victory, 9-7, and a Canadian Mixed Championship for the Folk Rink.

Installed in the Saskatchewan Sports Hall of Fame on June 12, 2004.