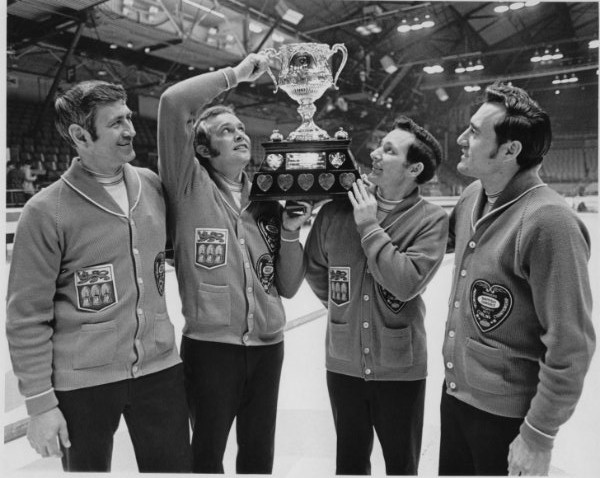 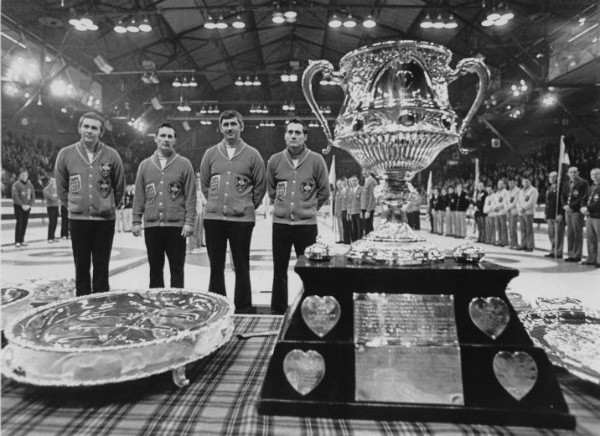 Well known in the sport of curling since 1968 Harvey Mazinke and his rink of Bill Martin (third), George Achtymichuk (second) and Dan Klippenstein (lead) epitomize the dual qualities of outstanding ability and fine sportsmanship. Representing the Regina Club, in 1973 they won the Saskatchewan championship and headed to the Brier in Edmonton.

There, the rink suffered only one loss at the hands of Prince Edward Island. The rink pulled out two, 14-end victories on the last day to secure their trip to the World Championships.That year the Air Canada Silver Broom was held in Regina and the Mazinke rink found itself competing in front of a home town crowd.

At the end of the week’s competition the rink had a perfect 10-0 record and was matched in the final against Kjell Oscarius of Sweden. A tense, close game inevitably came down to the final shot. On a heavy ice surface the last Canadian rock failed to reach the rings, and Sweden took the title.

On that day, Harvey Mazinke was one shot away from becoming world champion. Over a period of 12 years curling together, the rink earned the reputation of being one of the great Saskatchewan curling teams, both for their performance on the ice, and their contribution as ambassadors to the game.

Installed in the Saskatchewan Sports Hall of Fame, June 5, 1982.