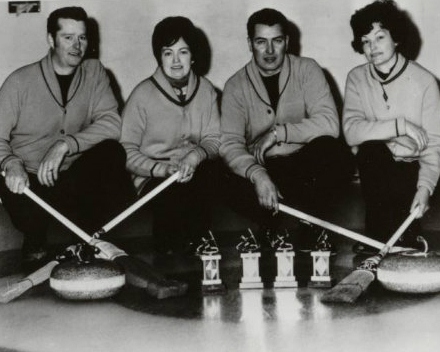 The Larry McGrath Mixed Curling Rink of Kindersley were winners of the Canadian Mixed Curling Championship on three occasions, which is still an unmatched record.

In 1971, Larry, Darlene Hill and John Gunn, were joined by lead, Audrey St. John. Again the team went all the way as it had in 1967 and 1968, capturing the national championship in St. John, New Brunswick.

After an exciting week of curling, and a record of nine wins and one loss, McGrath beat Manitoba by a score of 8-5 to take the national title. Since 1971 Larry McGrath’s name has frequently appearing in Dominion Brier competitions, and he is considered by his peers to be an excellent ambassador for the game.