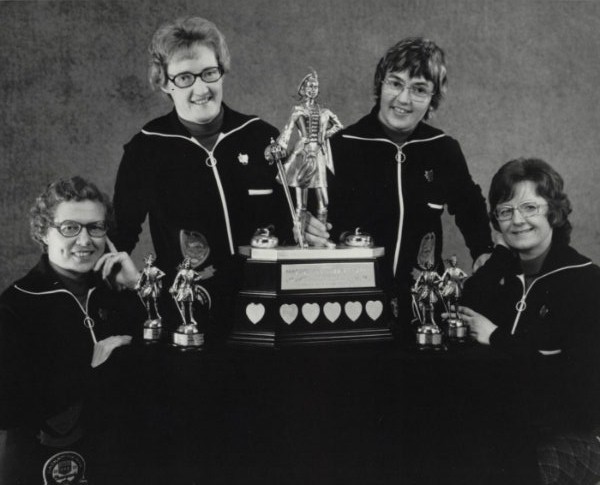 Vera Pezer and her rink of Sheila Rowan (third), Joyce McKee (second) and Lenore Morrison (lead) hold a unique place in the history of ladies curling.

Representing the Sutherland Ladies’ Curling Club of Saskatoon this foursome won the Canadian Championship on three consecutive occasions – a record which still stands.

In 1971 the rink took the title in St. John’s, Newfoundland; in 1972 it was in Saskatoon; and in 1973 the venue was Charlottetown, Prince Edward Island. During these three tournaments the rink established a remarkable record of 25 wins and 5 losses. As Canadian Champions Pezer’s team had achieved the highest success possible because there was no world competition in those years.

This outstanding team of curlers proved that they were one of the finest rinks in the history of the game. As individuals they have all contributed a great deal of time and talent to the promotion of the sport.

Installed in the Saskatchewan Sports Hall of Fame, June 5, 1982.