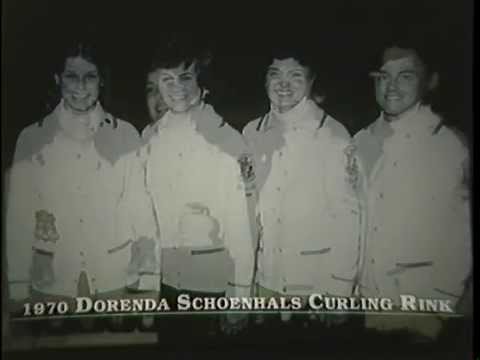 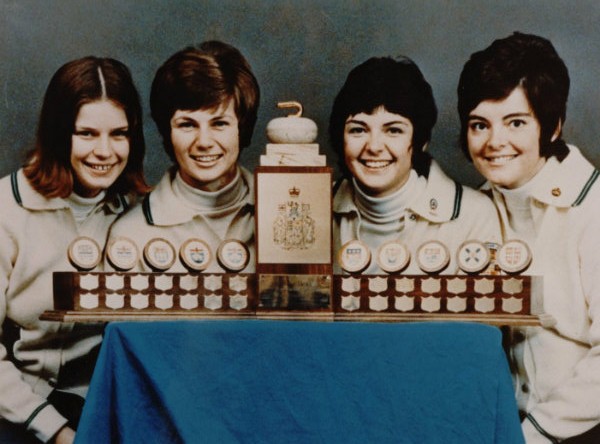 Despite being a young team, the Schoenhals rink did not lack experience as they already had five successive Western Canadian University Championship titles to their credit.

To win a provincial championship is a large task, but the Schoenhal rink made it look effortless. The team from Nutana only encountered one loss through their club, city and provincial play downs to gain the Saskatchewan title.

Schoenhal’s rink, under the instruction of Roy Thiessen, was the first team to introduce exercises and sliding as a warm-up to the national stage at the Canadian championships. In 1970 this was such a new idea that both spectators and curlers watched in awe at a routine that has since become a common part of the game.

The young team finished in a three-way tie for first place in the national championship, with a record of ten wins and two losses. The Schoenhal team went on to play the tie-holders, defeating both Manitoba 8-6 and British Columbia 8-4 for the Canadian title.

Throughout the competition, Joan and Linda curled at an incredible 80% average, winning All-Star awards for their shooting accuracy.

Schoenhal’s rink had a remarkable competitive season in 1970, with a record of 23 wins and only three losses on their way to claim the Canadian title.

Installed in the Saskatchewan Sports Hall of Fame on June 17, 1989.