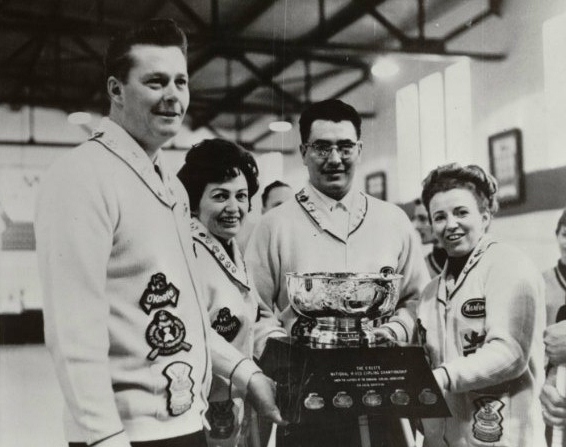 The Larry McGrath Mixed Curling Rink of Kindersley were winners of the Canadian Mixed Curling Championship on three occasions, which is still an unmatched record.

The team consisting of Larry McGrath, Darlene Hill, John Gunn and Marlene Dorsett won the title in both 1967 and 1968. The 1967 finals were held in Quebec City, and at the end of the week McGrath’s record was nine wins and one loss. They took the championship with an extra end win over Alberta. The score was 7-6.

In 1968 the venue was Winnipeg, and the same McGrath team successfully defended its national title. With a record of ten wins and no losses, the final game brought them up against Newfoundland where they came away winners with an 11-4 score.