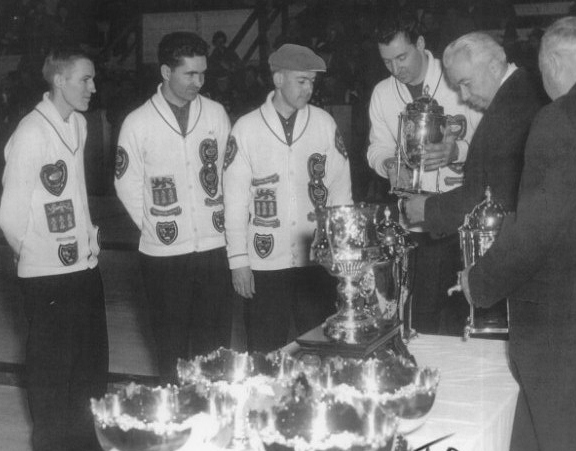 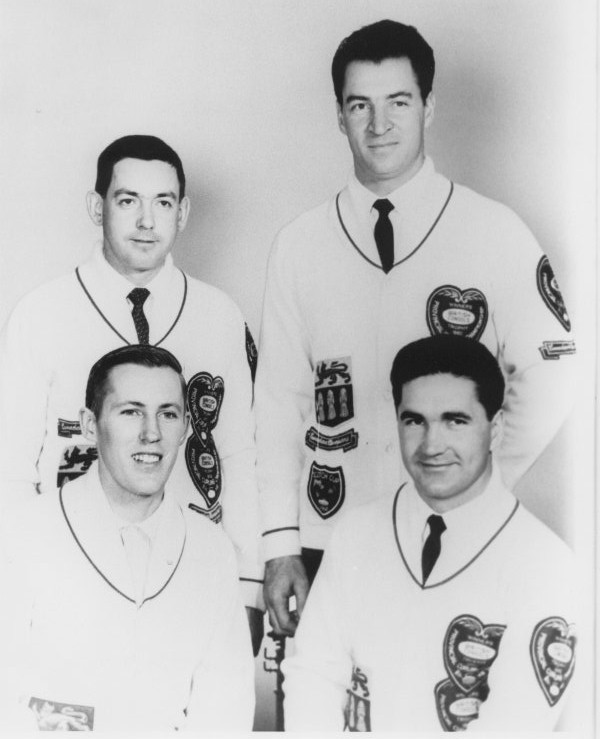 The Richardson team was once again successful in 1963, winning their fourth Saskatchewan title over Moe Valade’s Saskatoon Hub City rink to advance on to the Brier championship. After only losing one game in round robin play the Richardson rink became the first team ever to win four Canadian titles.

The world championship was held in Scotland, and it was here that the Richardson rink encountered their first international loss ever in the first game of round robin play against Mike Slyziuk’s American team. The loss did not faze the Richardson team, as they went on to be undefeated the rest of the tournament, finishing with a 5-1 record and securing their fourth world title. During all international competition from 1959-1963 the Richardson rink had a record of 21 wins and only one loss. The team posted a 45-7 total record in the five Brier championship tournaments they competed in.

Individually, Ernie Richardson was inducted into the Saskatchewan Sports Hall of Fame in 1971 to honor his remarkable curling career.

Installed in the Saskatchewan Sports Hall of Fame in 1973.