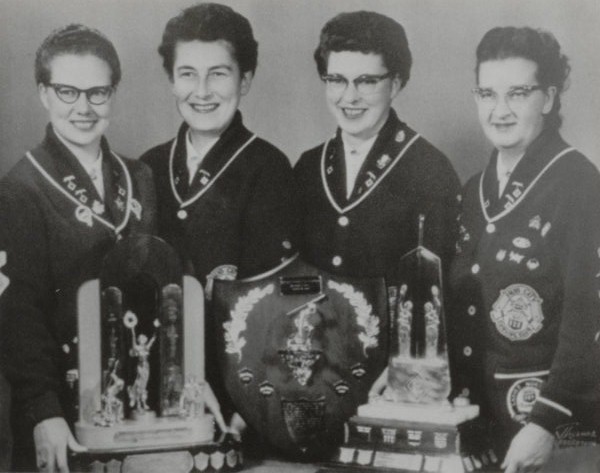 In 1960, Joyce McKee (skip), Sylvia Fedoruk (third), Donna Belding (second), and Muriel Coben (lead) were the winners of the first Canadian Ladies Curling Championship held in Oshawa, Ontario when Western Canada met Eastern Canada for the first and only time in a two out of three series. The McKee rink, Western Canada’s Champions defeated the Smith rink from Quebec representing Eastern Canada in two straight matches, 11-3 and 8-5.

The “Joyce McKee Rinks” of Saskatchewan were a success on and off the ice. These three winning teams played a significant role in helping to establish the Canadian Ladies Curling Association Championship as a major National sporting event.