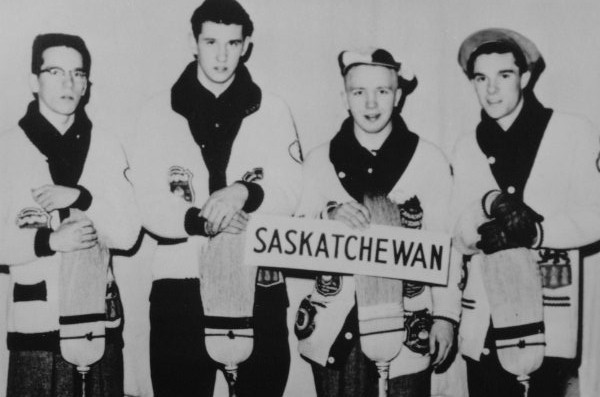 The Saskatchewan foursome went into the last game of the round robin against Prince Edward Island with a record of 7-1. The PEI team needed a win to force a playoff with Saskatchewan for the championship. The game ended in Saskatchewan’s favour, with a score of 12-5, capturing the Secord team’s second consecutive Canadian Schoolboy Curling Championship.

At that championship, Stan Austman demonstrated his ability to slide the length of the ice and set his rock on the button. This type of delivery prompted the Saskatchewan Curling Association to enact a rule change in 1956, prohibiting a player from sliding over the hog line.

The Bayne Secord Curling Team was inducted into the Saskatoon Sports Hall of Fame in 1995.

Installed in the Saskatchewan Sports Hall of Fame on June 20, 1998.