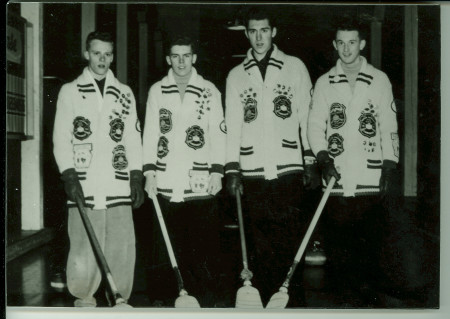 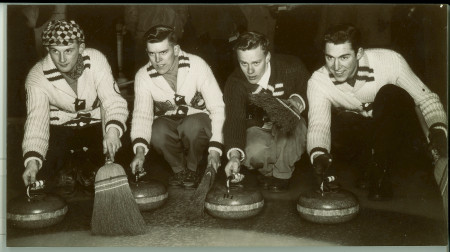 Between 1950 and 1952 the Gary Thode Saskatoon Technical Collegiate curling team dominated the High School Boys’ curling scene, first in Saskatoon, and then across the nation.

In 1950, Gary Thode, Gary Cooper, Roy Hufsmith, and Geoff Charlebois met with some success and as a result of coach Ken Moir decided to use the Thode team as practice for the Saskatoon Technical Collegiate senior team. After the practice team won three straight games against the senior team, coach Moir entered them in the city playdowns, leading to the Northern Saskatchewan Championships and the North/South Provincial Playoffs. At the provincial championships in Regina that year, the Thode rink met Bill Clarke, and his Regina rink. Bill Clarke’s team won that championship and went on to win the Canadian Championship in Quebec City.

In 1951, Orest Hryniuk replaced graduating Charlebois, on the strength of his accurate takeouts, and strong sweeping. The 1951 team again made it out of the city playdowns, the Northerns and into the provincial final against Chuck Day from Grand Coulee.